The Case Against Marriage Fundamentalism: Embracing Family Justice for All documents how conservatives, with help from centrists and liberals, have promoted the supremacy of the married family to the detriment of historically marginalized people and progressive policy goals.
Downloads Executive Summary Full Report Press Release Trump's Attacks on Families
Lead Researchers & Authors

AGAINST MARRIAGE FUNDAMENTALISM In Brief

This report argues that liberals and centrists should:

What is Marriage Fundamentalism?

Why Should Marriage Fundamentalism be Rejected?

Liberals must reject the “moral preeminence of the intact two-parent family” and “affirm a plurality of family forms as valid ways of life. By virtue of its structure, no one family form is inherently better at realizing the values of family life.— Iris Marion Young

The Case Against Marriage Fundamentalism traces the history of marriage fundamentalism, from the controversial 1965 Moynihan Report which characterized Black families as dysfunctional, to marriage equality, a civil rights victory for the LGBT community, but one that did not challenge the way married couples are privileged over equally valid relationships.

These four case studies demonstrate why marriage fundamentalism is harmful and should be rejected: 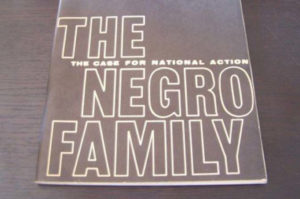 The 1965 Moynihan Report set the stage for the culture wars that followed in its wake. Rather than bringing right and left together around “a national effort … directed toward the question of family structure,” the divisive document is still used to justify discriminatory attitudes and harmful policies.

The Moynihan Report continues to serve as a model for today’s marriage fundamentalists, despite its patriarchal assumptions, divisiveness and failure to bring about the liberal policy reforms it was meant to advance. 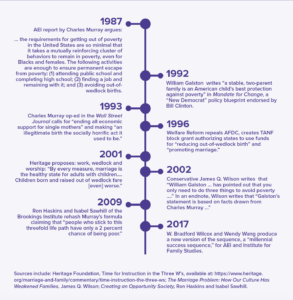 The “Success Sequence” is a repeatedly debunked and misleading formula which purports to prove that marriage is central to individual financial success and reducing poverty. We trace it back to Charles Murray, a controversial right-wing figure who has called for ending nearly all social welfare programs, and aggressive stigmatization of non-marital births.

A liberal, multicultural democracy should not tell its citizens and school children that basic economic security depends on pursuing a particular form of family life and intimate association. 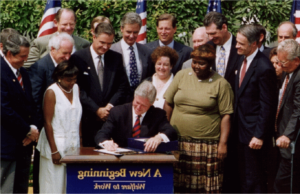 TANF and Healthy Marriage Promotion have been policy failures. 1996 “welfare reform” established marriage promotion and reduction of “out-of-wedlock” births as explicit federal policy. The federal government has spent over $1.2 billion in public funds on marriage promotion under these programs since 2006. Despite failing to increase marriage rates or reduce non-marital births, the use of federal funds for marriage promotion continues.

Four statutory purposes of TANF are attributable to the influence of marriage fundamentalists: “ending the dependence of needy parents by promoting … marriage”; preventing “out-of-wedlock” pregnancies (with no limitation to unintended pregnancies); and “encouraging the formation and maintenance of two-parent families.” 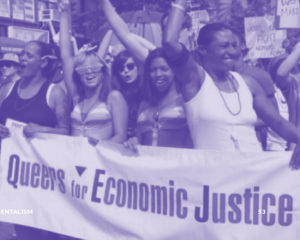 The Dual Legacy of Marriage Equality

The marriage equality movement succeeded in extending marriage rights to same-sex couples, but it did not challenge the way in which marital relationships are systematically privileged over other equally valid relationships that deserve respect and recognition.

How Have Families and Family Policy Changed Over Time?

People form unions and relationships that allow them to survive and create the communities and partnerships that mirror their circumstances, needs, and hopes.

Our Laws and Policies Haven’t Kept Up

Our laws and policies haven’t kept up with the rise of the unmarried majority. Systemic reforms are needed to ensure that our laws recognize and support the full range of close personal relationships that are central to life today.

AN AGENDA FOR FAMILY JUSTICE In Brief

The Case Against Marriage Fundamentalism: Embracing Family Justice for All advocates for liberals and centrists to reach a new consensus to promote family justice. This consensus would:

While a family-justice consensus would reject marriage fundamentalism, it is not against marriage. Rather, it sees marriage as only one of many valid paths. For many married people, the fact of being married carries significant personal, cultural, and religious meaning, many unmarried adults aspire to marriage for the same reasons.

An Agenda for Family Justice

A comprehensive and robust agenda for family justice needs to include both policy and cultural change. As a starting point, this report makes the following policy recommendations:

Conservative politicians and the religious right routinely extol the importance of families, but unfortunately, not all families are seen or treated as equally important. Policies promoted by the Trump Administration reinforce this worldview about families, as well as the racist and sexist ideas that undergird its foundation. To address these timely issues, Family Story has produced “Trump’s Attacks on Families” as a short companion piece to our report, The Case Against Marriage Fundamentalism: Embracing Justice for All.