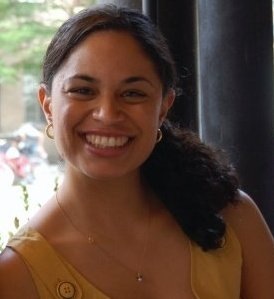 Naomi Raquel Enright was born to a Jewish American father and an Ecuadorian mother in La Paz, Bolivia, and was raised in New York City. She taught Spanish for eight years, and worked as a diversity practitioner for three years, where she became a National SEED (Seeking Educational Equity and Diversity) Facilitator. Her essays have appeared in several publications, and she writes about racism, grief, loss, and parenting on her blog. Her first book, Strength of Soul, published by 2Leaf Press in partnership with University of Chicago Press, will be out April 2019. Enright holds a BA in Anthropology from Kenyon College and studied at the Universidad de Sevilla in Spain her junior year. She resides with her family in Brooklyn.