I’m A Mother With Bipolar Disorder

I had no models of what motherhood would look like for someone like me — someone whose disorder is managed and stabilized, but chronic.
Jami Nakamura Lin
Uncategorized 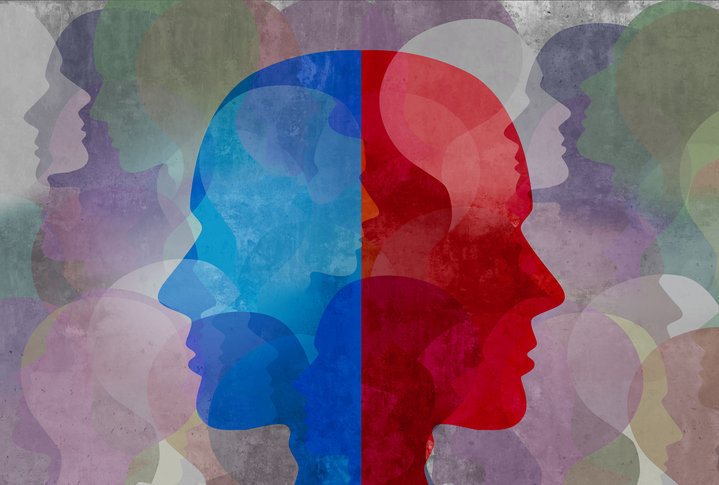 Back in high school, I wrote — amidst pages of spiraling depressive thoughts — maybe I’ll look back on this time and laugh, with a husband on my shoulder and a baby in my arms. But I doubt it.

It was a joke, this fantasy of a model life so absurd and distant.

By the time I was 18, I’d been in an inpatient psychiatric ward and done several stints in a partial hospitalization program. I’d dropped out of high school. My pills for anxiety and depression weren’t working, and I thought I would die by the time I was 25.

Instead, after being diagnosed with bipolar disorder, I improved — thanks to a strict regimen of mood stabilizing medications, an understanding psychiatrist, regular therapy sessions, and supportive family and friends. Though I slowly began to envision a future in which I was alive, motherhood still seemed more like a fairy tale.

The thing is, while being cautious is good, being overly, unnecessarily cautious can be problematic. Sometimes caution looks like the predominant thinking in medical circles for decades: that pregnant women shouldn’t be on antidepressants because of the potential effects on the fetuses — never mind the drastic effects on the women themselves. (Recently, there is some pushback against this, some change in thinking that shows that we, too, are people. That the medications’ positive effects on our mental, emotional, and psychological well-being could outweigh the potential negative effects on the babies.)

Sometimes caution looks like thinking you should never have a child. I didn’t think I could be a good mother because I knew I had this Serious Mental Illness and people with Serious Mental Illnesses weren’t Good Mothers. It’s not that mentally ill mothers weren’t portrayed in the media, they were. But they were all Bad Mothers. Crazy Mothers. They all traumatized their children, their husbands, the people around them. For me, this media portrayal was worse than no portrayal at all, because it showed me that there was only one outcome for me, and the outcome was harming my own children.

Better, then, to be no mother at all, I thought.

But as I write this, my 12-month-old daughter sleeps in her crib upstairs. My husband is gone on a short work retreat, so it’s just the two of us. Today, I marveled at her as I always do, watching as she snuggles her face into the snout of her Sleepy Bear, as she hides behind the curtains and waits for me to find her, as she drops handfuls of curry rice onto the floor. Today, when I picked her up from the drop-in childcare center, she was tearful, in the arms of one of the aides. When she saw me walk in, she broke into a smile and lunged at me. “There’s your mother! There’s your mama!” the aide trilled, handing her off.

It happened slowly, with the encouragement of my therapist and psychiatrist, and with the support of my husband, who can pick up the slack if I need him to.

It also happened because I saw another story with a different ending. When I was pregnant, I searched for other narratives, other mothers like me. I wanted stories about women with lifelong, chronic mental illness, but I couldn’t find anything. Luckily, an acquaintance reached out privately about her own experience after I wrote on social media about being pregnant and bipolar.

I’d always seen her as a successful professional and doting mother, but she revealed that she also has the disorder. I told her about my fears about postpartum psychosis, about my fears of falling apart. I thought she would tell me a feel-good story about it being so hard, but surviving. That’s what I wanted: someone with bipolar disorder to tell me I could survive. Instead, she told me a story about thriving: that she wasn’t just enduring her mental health, but she was doing well. She loves being a mother, and her child is joyful and flourishing.

I had never dreamed of the possibility until she told me it could happen. She didn’t tell me that it would be easy for me, or easy for anyone else with bipolar disorder; she simply said she had done it.

And, today, I am doing it. But being a mother with bipolar disorder means I am doing it a little differently.

For instance, my energy level is much lower than the average person, so I can’t get too much accomplished in a day. Also, it means making decisions that others might see as selfish, such as quitting breastfeeding early so I could go back on a medication that helps me feel my best.

I also have to keep myself accountable to tasks that seem simple and mundane for others. Taking my medication. Filling my prescriptions. Going outside every day. Eating. (At one point, I had alarms set for 9am, 12pm, and 6pm, that said “Did you eat breakfast? Did you eat lunch? Did you eat dinner?”) I mess up. I pull it together. I freak out. I forgive myself. Or I try to.

Being a mother with bipolar also means knowing that my daughter has about a 15% chance of developing the disorder, and being prepared for any outcome. It means being open with her, as she ages, without overwhelming her. It means letting her know from the beginning that I’m bipolar, but that it’s just one facet of my personality. I’m Japanese-Taiwanese American. I’m bipolar. I write. I knit. I’m her mother.

I also know that I am privileged, both financially and familially, and this helps keep my stress lower and my disorder under control. My husband and my family support me in motherhood, as they support me in all things. My mother watches my daughter twice a week, and my sisters pitch in often.

We’ve formed a more 21st-century American version of the traditional Asian extended family unit; we don’t physically live in the same house, but we live in a 45-minute radius of each other, and keep in contact all day. They are present for my daughter and for me.

And so, tomorrow morning, my daughter will wake up at 6:20 am, an hour earlier than I’d like. I’ll feed her, change her, and then bring her downstairs to her Pack n’ Play. I’ll let her play with her toys by herself while I lie on the couch next to her, resting my eyes for 30 minutes until I feel less like a zombie. Then I will lift her out and we will lie on the floor together, reading her board books or playing with her stuffed hedgehog.

I will laugh; she will laugh. She will cry; I will cry. We survive. We thrive. We’re alive.