Q&A With Angela Tucker, Founder Of The Adopted Life 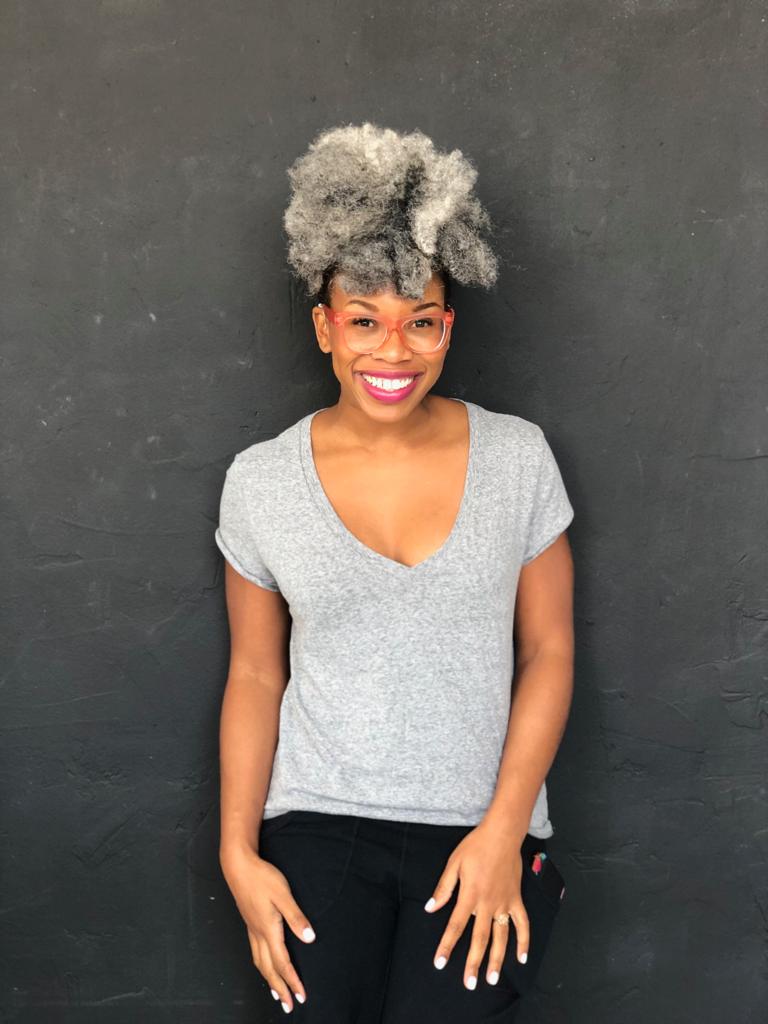 Angela Tucker has a mission: to create a world where all adoptee experiences are valid and valued. As a Black woman adopted from foster care to a white family, and growing up in a city that was only 1% Black, she is intimately aware of the intricacies of adoption, and more specifically, transracial adoption. In 2013, she launched The Adopted Life, an adoptee-centric platform offering nuanced, ethical and accessible content designed to amplify adoptee voices.

Not only was her search for her birth parents the subject of a Netflix documentary in 2014, she is a keynote speaker, podcast host, workshop leader, adoption consultant, and adoptee mentor. In the spring of 2023, Beacon Press will publish her first book.

We recently spoke with Angela about growing up Black in a white family, how adoptive parents can get transracial adoption right, and how she defines family.

Growing up in a predominantly white town as a Black person often felt like I was straddling two worlds. I had a happy childhood, fitting in well with my peers, but I don’t believe I had a true sense of belonging, because I was often exoticized for my differences and, thus, fielded daily race related micro-aggressions. People were always wanting to touch my hair, or asked questions about where I came from, which only furthered my deep belief that I didn’t quite belong. I was afforded many privileges and opportunities as a result of being adopted into a stable home, however, the losses were prominent, too — losing my first family, not knowing my roots, and losing an ability to interact on the daily with Black culture.

Before adopting a child of a different race, what do you want prospective parents to know?

It is important that prospective parents read and understand the sentiment behind the National Association of Black Social Workers position statement in 1972. They were correct in stating that there are some things that white parents cannot do for their children of color. Most notably, I don’t believe that white parents can imbue the skills Black and brown children need in order to traverse living in America, a country built upon racism. I encourage white parents to outsource some of these aspects to ensure their child’s safety.

You provide adoptee mentorship. What does that look like? What do adoptees in this program most need?

I mentor adoptees ages 12 and up via Zoom sessions through both one-on-one sessions or small group sessions. For the youth (ages 12-15) I blend conversations about their general hobbies and interests with adoption topics. This comes very easily to me since, as an adoptee, I know that it’s impossible to extricate being adopted from my everyday life. This is one area where I’ve found mentorship to be a unique necessity.

Many adoptive parents are waiting to talk about adoption until their child brings it up, assuming that if they aren’t talking about it then they aren’t thinking about it, however, I’ve not found this to be true with any adoptee that I’ve mentored. They think about adoption all the time, but may not feel comfortable bringing it up to their parents.

In our conversations, adoption doesn’t feel like a big, scary, taboo topic, but rather it’s just a fact of our lives. For the young adults and the adults, one of the biggest needs is expanding their vocabulary beyond the fairy-tale narrative that society has forced on us. For some, being told that adoption provided them a “better life” can often feel like gaslighting. Being able to express how it feels to be told every day that they were “lucky” to have been adopted while also feeling like a commodity that was purchased, is not an easy thing to do. It’s very relieving finding those words and being surrounded by people who are accepting and truly understand that complexity.

My mentees live all over the country, so I can’t wait until the pandemic is over so I can begin meeting them in person.

What do most people get wrong about transracial adoption? And how can we start to correct that?

Many people rely on the adoptive parents to do all of the work around understanding their own implicit biases and becoming anti-racist, however, I know first-hand that the entire community around the transracial adoptee needs to be committed to this.

In order to help a transracially adopted child form a healthy racial identity they need to see and hear this message more than just within the home. I’ve created a new workshop specifically for adoptive parents to bring their entire community together to learn about transracial adoption and work through their own assumptions. I wrote about one family’s experience here. Knowing that 1 out of 4 adoptees who seeks therapy attempts suicide haunts me, especially because I know that many of the adoptees come from loving adoptive families. The problem is that the rest of their community isn’t equipped with how to love them, so they end up feeling isolated and parents are left wondering what went wrong.

In your “Adoptee Manifesto,” the first line immediately stands out: “We can love more than one set of parents.” Is that a concept people often grapple with?

Yes, I’ve found that many people still have trouble understanding the concept of openness in adoption, essentially thinking that it’s probably too confusing for an adoptee to be in relationship with multiple parents. There is also great hesitancy to allow an adoptee to express feelings for their biological parents, especially if those parents hurt them in some way. However, there is a way to both protect ourselves and allow for the deep feelings of connectedness to remain and be acknowledged.

For parents, our loyalty shouldn’t be a competition.

What is the meaning of family to you?

I have an expansive definition of family. I value the traits of collectivist societies, such as social cooperation and interdependence, instead of our individualism and reliance on self-sufficiency and independence.

I wonder if collectivist cultures see fewer formal adoptions because there is a concern for the group health rather than the health of individuals, therefore, rather than simply adopting a child, a culture might “adopt” the whole family in the hopes of ensuring positive outcomes.

It’s been one of my great joys to be considered family to those that I mentor.