I’m tired of “tireless” as the only adjective that defines a good mom.
Amy Monticello
Uncategorized 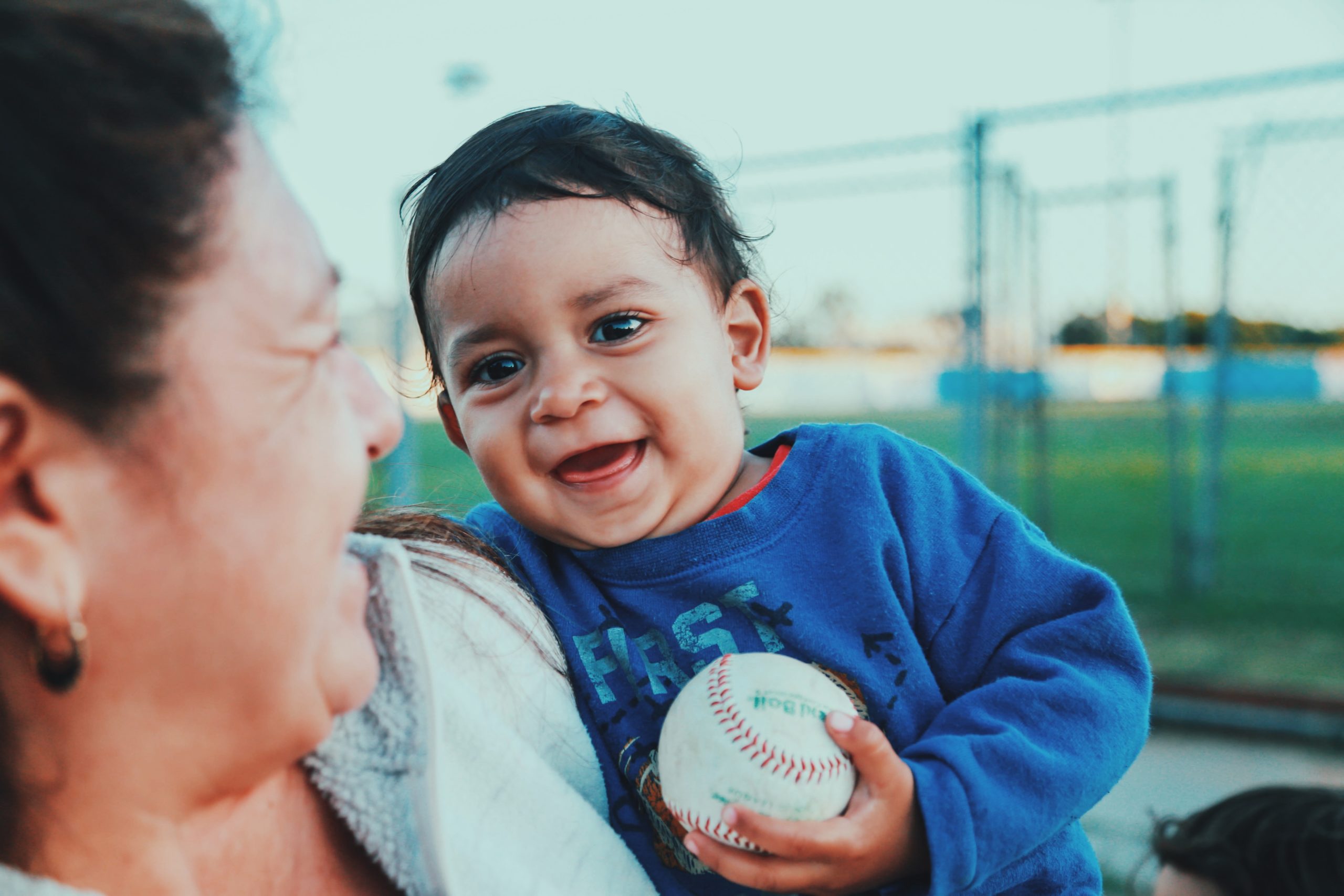 It’s the last two weeks of the academic year, when my hours as a professor grow desperate with the grading of final papers and replying to last-ditch emails from frantic students. The conditions are textbook Murphy’s Law, so I should have seen it coming: My 3-year-old daughter, Benna, woke up last week with a double whammy of conjunctivitis and a sinus infection. Beating back the green eye and nose goop has been like trying to keep kudzu from taking over your yard.

I have four days left until grades are due, and Benna is still sick, so our backup babysitters (and around here, we feel comfortable calling them by their first names: Nemo, Moana, Belle, and Woody) have taken over so that my husband and I can plough through our students’ projects, portfolios and letters of recommendation.

Ironically, this time of year—the days leading up to Mother’s Day—is when I feel my failures as a mother most acutely. Before the coronavirus pandemic, I couldn’t remember the last time we all sat down to have, like, dinner, or made it to the playground for longer than a pit stop between errands, or even played in the yard together with a damn ball. My daughter and the iPad have become one; she’s starting to speak in Pixar movie quotes. At least half of the words I’ve spoken to her lately have been some variation of just let me finish this email/paper/article. The other day, we video-chatted with a friend to meet her new baby, and I watched in sheer amazement as her older daughter calmly allowed the TV to be shut off, and put an honest-to-goodness carrot in her mouth.

Here is an incomplete list of things I’ve managed to screw up this year:

1) Birthday. We cancelled Benna’s 3rd birthday party due to a stomach bug that ravaged our house for a week. Almost six months later, I’ve yet to reschedule it.

2) Potty training. At this point, my daughter looks me square in the face and says, “I’m never going to use the potty,” and I believe her.

3) Playtime. I have abandoned more Duplo construction projects, Play-Doh creations, and stuffed animal tea parties than I care to admit. It’s hard to keep your head in the game when you hear phantom email notifications pinging away in the background.

I feel a little queasy typing all that out, especially since these are just specific disappointments to add to my usual domestic deficiencies. I don’t cook, my cleaning is more like clutter management, and I still require eight hours of sleep and four days a week to exercise (and not just during hours when my daughter is asleep). I mean, I don’t even know if I’m allowed to call myself a mother because I had that epidural and c-section, and some people insist that’s not actually giving birth.

At the end of last May, I solidified my year of mediocre momming by getting on a plane alone to Reykjavik to present at a conference at the University of Iceland. While my husband stayed in Boston with Benna, I spoke on a panel about the gender privileges inherent in the writing and critical reception of Norwegian author Karl Ove Knausgaard’s six-volume autobiographical series My Struggle, which chronicles and contemplates Knausgaard’s entire life, from childhood to adulthood, the latter of which is often through the lens of Knausgaard’s wife and kids.

Within the first 50 pages of the first volume, Knausgaard admits to behavior as a father that no mother in the United States could expose without severe public condemnation. Describing how he sometimes lost patience with his young daughter, Knausgaard writes, “Sometimes I reacted to her howls by shouting back, throwing her down on the bed and holding her tight until it passed, whatever it was that was tormenting her.”

Reading this passage reminded me of the sympathy I felt when, at three months postpartum, I first read J.D. Schraffenberger’s stunning essay “Dropping Babies,” in which Schraffenberger confesses that in a moment of debilitating exhaustion, he once shook his infant daughter and dropped her a few inches onto her crib mattress. In the throes of my own almost-hallucinatory sleep deprivation, I felt like Schraffenberger was voicing what mothers have been too afraid to say aloud—that parenting can bring us to shocking moral precipices.

As a writer, I’m grateful to these men for the craft and honesty of their prose. But Knausgaard and Schraffenberger also have permission, by virtue of their gender, to let their worst moments as fathers stand in the light without fear of reader reprisal, or worse, arrest for child endangerment.

The number of instances where child protective services are called by strangers who judge before they help continues to rise, predominately affecting low-income, working mothers and women of color. A few weeks ago, my friend—a white, educated, stay-at-home mom—was berated in a parking lot for leaving her 3-year-old son in the car for 90 seconds, in full view, while she ran into a store. My friend fretted for days that CPS would show up at her door because the stranger had taken a picture of my friend’s license plate.

Where are the sensationalized stories about fathers leaving their kids in the car for two minutes in temperate weather? Where are the comments sections practically aflame at father-writers who describe their boredom, ambivalence, or occasional resentment over the tedium and responsibility of parenting?

What we’re really upset about when we chide and shame mothers over breastfeeding, or sleep training or screen time is—yep, here it comes—the notion of women as people, with all the attendant complexity such humanity connotes. People with needs for sleep, or ambitions to work, or visions to create, or asses to sit on every once in a goddamn while. I’m tired of “tireless” as the only adjective that defines a good mom.

A few more words and phrases I’m sick of hearing in relation to motherhood: selfless, sacrificing, infinitely patient, and uncomplaining.

This Mother’s Day, I want to applaud the moms who lug the iPad to the restaurant because they want a meal they didn’t cook, and don’t want to turn every experience with their kids into a “teachable moment.” I want to high-five the moms who have done whatever they had to—sleep training, co-sleeping, car napping, bouncing and rocking for hours—in order to get their kids to sleep. I want to celebrate the moms who know what it’s like to tell their kids, I’m sorry. I want to honor the moms who have eschewed taboo in forming this Facebook group to talk about the regrets many women feel about having children. I want to shower love on the moms who stay alive against the debilitating powers of depression and anxiety and other mental illnesses that require extraordinary sums of money and effort to manage. I want to hold space in my heart for the moms who are paying the price of losing their children because they broke the law in the name of survival or the ubiquity of human error. I want to send flowers to all the women who have made the agonizing choice to have an abortion or give up their babies for adoption.

The ways that women make sacrifices are endless.

One of my online mothers’ groups unofficially calls itself the World’s Okayest Moms. It’s a nod to the “perfect is the enemy of the good” ethos that women almost never allow themselves, and it’s code for a deeper sentiment: When it comes to our kids, our love is enough. We are enough. But of course, that’s not really true, and it shouldn’t be. What should be true—what should resonate with all of us, parent or not, on a day like Mother’s Day—is the better sentiment that children don’t need martyrs as role models. They need to be shown compassion. And like all things do, perhaps we can start with their mothers.