I get to be selfish with my time and do all the things that make me happy, including dismantling the belief that fulfillment can only come from being a mother.
Ronny Maye
Uncategorized 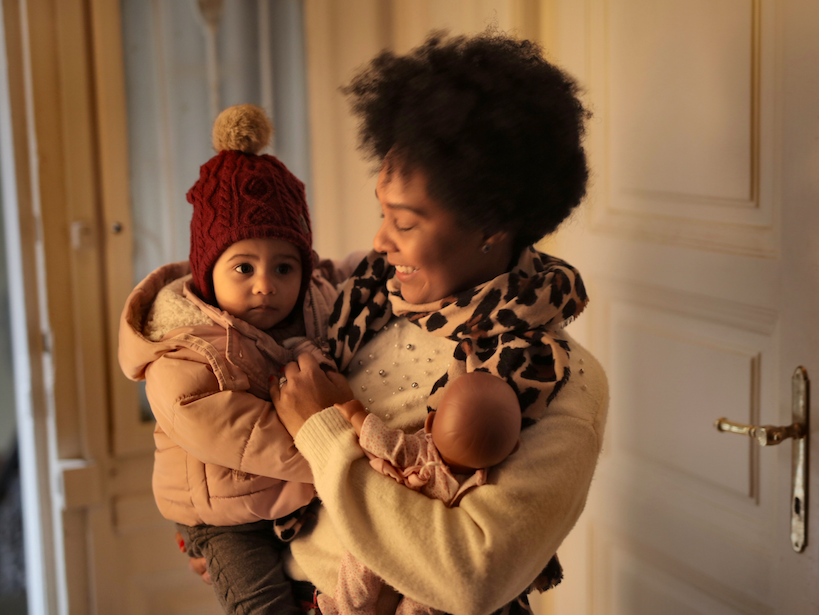 I knew for sure that by the time I was 26 I would be married to an attractive and successful man, who had a close relationship with his parents.

In my life’s plan, by 30, we would have our four kids (preferably, two sets of twins), and I would not only be a pediatrician, but also the director of a school for abused and orphaned children.

I had big dreams for my life and I still do. But, fast forward 20 years: Those childhood happily-ever-after fairy tale dreams never came to be. Well, not all of them.

Welcome To The Other Hood

Now, 17 years later, I am the aunt to six of the sweetest, wildest, funniest and most talented kiddos. And my darling godchildren are truly heaven-sent. I love them more than life itself.

They have challenged me in ways that I never thought possible. And I appreciate the unique and personal bond we each share. The inside jokes, coffee dates, dance parties, binge watching “I-Carly” or YouTube makeup tutorials are all precious memories that I’ll keep forever.

The best part about being an aunt is that my nieces and nephews get a parent, older sibling and best friend all in one.

The second best part is that when the parenting part is over, the kids go home.

When my oldest nephew was 2, he was diagnosed with leukemia, which sent our lives into a tailspin. Trying to hold my personal life and health together while being a support system to my sister’s family was physically, emotionally and financially taxing.

Over the last 17 years, I have been to more doctor’s appointments, chemo treatments and surgeries than I can count. On top of that, there have been plenty of trips, holidays, birthday parties, sporting events, talent shows, dances, recitals and first days of school.

In nearly every aspect of parenting, aside from pregnancy and birth, I’ve had plenty of experience. But as a childless person, this was a problem for me.

When 26 rolled around, I had no husband and no twins. Mulling over my life, I realized that I hadn’t lived nearly as much as I wanted to.

When I was having play dates, my friends were traveling. When I was waking up to feed an infant at 5am, my girls were just getting home from a night out on the town.

Initially, the extent of my involvement was elective — it felt like I was doing what any good person (or aunt) would do: Support their family. But eventually it felt like an obligation and that my help was taken for granted.

While I don’t regret it, I spent so much of my 20s being an “auntie-mom” rather than just an aunt. Being an aunt is an unequivocal and unexplainable joy, but it began to feel like I was losing myself. Being whatever they needed, whenever they needed it, meant that I neglected myself.

I knew something had to change. I looked forward to figuring out who I was without “my kids.” So I decided to move away. To Florida, specifically.

Of course, there were plenty of tears when I left. But my move was such a necessary and invigorating time in my life. Suddenly weekends were for shopping and brunch on the beach, sipping mimosas, talking about Tinder hook-ups instead of cartoons. I didn’t have to get anyone ready for school or think about dinner for anyone other than myself. I spent my money on spontaneous trips and whatever else my heart desired rather than wondering what the kids might need.

It’s Time For You To Settle Down

In our society, we too often expect women to get married and have children of their own. But after being an “auntie-mom,” I wanted more for myself.

But still, in conversation with relatives, I hear those god awful words: “It’s time for you to settle down and start a family.” The tension in the air after I reply, “I don’t want kids” is palpable. It’s usually followed up with “But you’re so good with kids!” or “You’ll change your mind once you fall in love.” Then there’s my personal favorite question, “How will you leave a legacy?”

At 32, all of my close friends and nearly every child I babysat when I was a teenager, including my younger cousins, are all parents. They have beautiful families and I love witnessing them grow. Instead of being a part of the day-to-day, I now savor the ability to sleep in, have an identity of my own, and hold a conversation not dominated by children. I’m tickled pink when someone asks, “Damn, you’re on another vacation?” Yes, girl, I am.

Parents often talk about all the things they want to do once their kids leave home. They recommit to themselves, go back to school, date again, travel and cross things off their bucket lists. This is where I am after being an “auntie-mom.”

I get to be selfish with my time and do all the things that make me happy, including dismantling the belief that fulfillment can only come from being a mother. I both chuckle and scoff at the thought that being a mother and wife are the greatest accomplishments in life. They’re not, in my opinion, and my life is proof of that.

That little girl may have dreamt of having a house full of kids, but more than anything she wanted to live life on her own terms and be happy. The truth is, I am better suited being an aunt. This is my fairy tale, and I’m living happily ever after.

Q&A With Dr. Armon Perry, Author Of ‘Black Love Matters: Authentic Men’s Voices On Marriages And Romantic Relationships’
On Adoptees And Choosing Your Family
Someone Like Me: 10 Books That Celebrate Black Kids
When The Man Takes His Wife’s Last Name
view more