On Stepparenting And Being An Outsider-Within

Becoming a parent in the way I did was the hardest thing I’ve ever done. But was it so difficult because of my unique set of circumstances or is parenting a hard thing for everyone?
Robyn Ryle
Uncategorized 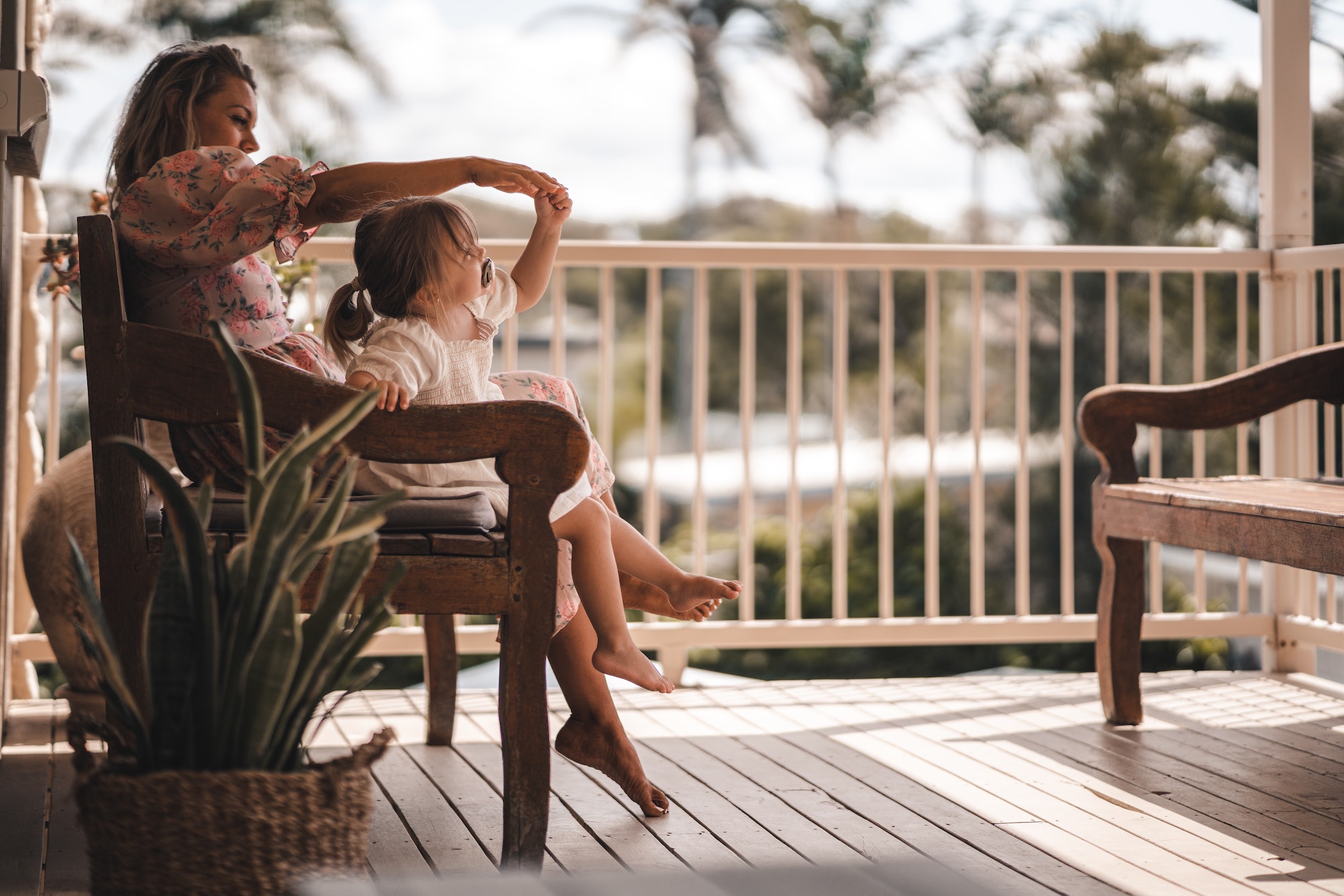 I’d been stepmother to my daughter for several years when, in the midst of a more general conversation about parenting, a friend said, “You’re both a mom and not quite a mom, aren’t you? You’re something in-between.”

“I guess so,” I said. The conversation went on to other topics — gardening or work. I didn’t think much about the comment at the time. It was only later that I fully absorbed the words and considered whether her assessment might be true. If it was, what exactly did it mean to say I both was and wasn’t a parent?

It’s true that my life as a parent hasn’t been exactly normal. As a stepparent, I’ve been in my daughter’s life since she was 5 years old, which is when her father and I started dating and she declared me her “best adult friend.” There are lots of different roles stepparents can take, but my husband and I elected for what we called the “all in” route. I would be our daughter’s parent. Period. Full stop. Not a replacement for her biological mother, with whom my husband and I have good a relationship. I was a third parent. For my daughter, there’s Mom and Dad and Robyn.

My parenting path was also potentially unusual in that I didn’t parent my daughter full-time. She spent half her time with her mother and half her time with us. That’s hardly out of the ordinary in the United States where 40 percent of all married couples with children are blended families. When my daughter was with us, I did all the work other parents do — taking her to school, making her breakfast, deciding when she’d get her first phone and what her curfew would be. I even took one for the parenting team by being the first person besides her driver’s ed teacher to drive with my daughter.

Was my friend wrong, then? Am I just a parent, period? Or am I some hybrid, something in-between, both a parent and not-quite a parent?

In her essay on Black feminist thought, sociologist Patricia Hill Collins describes the outsider-within phenomenon as a way of understanding the unique contributions Black women have to make to the social science disciplines. For years, Black women as servants in white households held a unique status, privy to the deepest secrets of the families they worked for, but never full members. That outsider-within status provides a unique perspective, a view from the margins that reveals aspects invisible to those who are fully inside.

Sometimes being a stepparent feels like that, like I am both inside and outside of this experience called parenting. In the early days, I was stunned by how difficult parenting was.

Becoming a parent in the way I did was the hardest thing I’ve ever done. But was it so difficult because of my unique set of circumstances or is parenting a hard thing for everyone? Statistics suggest that second and third marriages might be more difficult. While 50% of first marriages end in divorce, the percent rises to 67% for second marriages and 73% for third marriages. Experts suggest the difficulties of stepparenting children might partly account for those higher rates of marriage failure.

Stepparenting may be harder, but for me, it also provided more room to acknowledge that there’s always some struggle involved in being a parent.

My outsider-within status also allowed me to see through a lot of the gender baggage about parenting and motherhood specifically. Because my husband had been a single parent, it was easier to cede more childcare responsibilities to him than I might have otherwise. My husband had, after all, gotten along just fine before I came onto the scene. He was perfectly capable of coordinating our daughter’s after-school schedule and doing bath time with her. He was, in fact, probably better at those things than I was because he had practice.

As a single father, he had no choice. As an outsider-within, I could see how those sorts of situations — where fathers have to get good at parenting — are much less likely to happen in “traditional” family arrangements.

For Collins, being an outsider-within also comes with precariousness. Your status is always contingent. As a stepparent, I’ve often felt like I have a chip on my shoulder, moving through the world worried that someone might call me out for not being a “real” parent and then snatch my parenting card away.

One spring break, I flew with my daughter to Florida, just the two of us. As we wound our way through security, it occurred to me that there was no way for me to prove she was my daughter. Legally, she wasn’t. In bureaucratic encounters, I had to hope that no one challenged my parenting status. In that sense, I faced some of the same issues that plague LGBTQ+ parents, parents of biracial children, or parents who adopt across racial categories.

Being recognized or not recognized as a parent both officially and informally is something I’m aware of in a way many parents aren’t.

As a high school senior, my daughter won an impressive college scholarship competition. A lot of people in our small town congratulated my husband and me. Some of them addressed both of us. Others didn’t. “You must be so proud,” they said and it was a singular rather than a plural “you.” My husband had reason to be proud, but it didn’t occur to them that I might have something to do with it, too.

I know my daughter thinks of me as her parent and luckily for me, so does her biological mother. But other people might not and so there’s always that tenuousness. There are always those moments when I could be more outsider than I am within.

Is anyone really ever safely and undeniably “inside” as a parent? Is there such a thing as a “normal” parenting experience?

I’ve spent a lot of time as a stepparent questioning myself — my emotions, my decisions, my relationship with my daughter. Would this be different with a biological child?

Would that first week after my daughter went away to college have felt more or less painful?

Would I have still cried when I watched her blow everyone away in a speaking competition as a high school senior?

When, at 5, she ripped a hole in her shorts and threw a screaming fit in public, would I have been any less terrified and bewildered?

Eventually, I did that comparison less and less. I realized that, yes, my experience of parenting is different, but so is everyone else’s.

As someone who teaches about social inequality, I understand that there is no “normal” parenting experience from which everyone deviates. Every family is different and there are only variations along a continuum. Though we tend to think of biological parents as normal and the aspirational standard, being biologically related to someone doesn’t make for a perfect family. Biological parents can still be neglectful or abusive or absent.

I have no idea what kind of parent I would have been in another family configuration. I’m a better parent than many biological parents and I’m probably worse in some ways than others. I am, in the end, just another sort of parent. If I’m in-between, an outsider-within, then the truth is: so is everyone.

If there’s any special view that being my own particular kind of parent gives me, it’s just that. Seeing that all of us are parents and also not quite parents. We are all, in the end, in-between.