All our families deserve the chance to build lives that align with their priorities and values.
Nicole Sussner Rodgers
Uncategorized 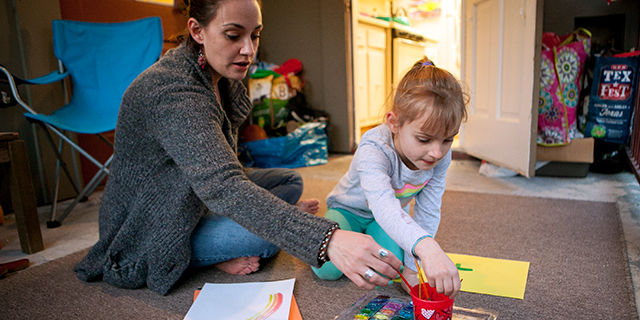 A new book by Oren Cass, The Once and Future Worker, has been getting some good press, with self-styled champions of the workin’ man like J.D. Vance and David Brooks even praising it as “brilliant.” I haven’t read the full book, so I won’t draw any conclusions about it as a whole, though I’m admittedly skeptical about the ideas of anyone, like Cass, who hails from the neocon Manhattan Institute, which also produced Charles Murray, of eugenics and anti-welfare fame. Certainly, a book that purportedly reevaluates “American society, economics, and public policy” and asks big questions about the meaning of prosperity is provocative, if nothing else.

But I want to put aside what I understand to be the book’s central question about how measures like GDP affect the American worker and focus on his argument about family policy, which he laid out in a recent article (excerpted from his book) for the aggressively pro-marriage Institute for Family Studies blog entitled Your Family, Your Choice.

Cass is ostensibly interested in what he calls policy “pluralism,” the goal of which is “a society in which people can build lives that align with their values and priorities.” Sounds good to me. But for all his talk of pluralism, it quickly becomes clear that the policy he is most interested in is one that bolsters two-parent families with one income-earner and one care-provider, i.e., the “traditional” family model. “Why is there no opportunity-cost calculator for delegating your child’s upbringing?” Cass asks, after declaring that a community consisting of households with two working parents and children who attend day care is “one that many families would rather not live in.” That may be true for some, but it is equally true that many families do want to live in that community, and in fact, would consider that ideal. Of course, every family and community is dynamic and differs in its desires, and there’s not going to be one solution that meets everyone’s needs. That’s the appeal of policy pluralism, after all. But stigmatizing daycare worries me, since it is an incredible, wanted resource for many, and benefits kids in lots of ways. Women, of course, benefit too. Equality depends in large part on the economic self-sufficiency of women, which decreases their dependence on men. Is this a value Cass is concerned with?

Economic policy that helps parents find a better balance between earning income and other non-market pursuits, like raising children, is a net positive in my book, but I get the sense Cass is thinking mostly of mothers (while he uses gender-neutral language, he reminisces about  a time when two-parent families could support themselves with only one parent working outside the home., The parent at home was almost always the mother). Of course, mothers still shoulder the disproportionate burden of childrearing, so I would have loved to see Cass specifically call upon the importance of this balance for fathers, too.

Most unfortunately, the only families Cass even acknowledges in his article are two-parent families. There is not even a mention of single parents – they are totally erased. It’s a strange and convenient omission, considering that about 25% of children today are being raised by a solo parent (21% solo moms, 4% solo dads), and it leads me to conclude that the privilege of living a life that “aligns with one’s values and priorities” is not one he believes extends to all families. I suspect that when it comes to family policy, Cass isn’t terribly concerned about whether a single mom values staying at home with her child or not. After all, in the eyes of many people, single moms have already broken the conservative social contract when it comes to families (thou shalt not have/raise babies outside of marriage), and relinquished this privilege. Single moms – god forbid, poor single moms – are not entitled to time at home raising their children without evoking a harmful “welfare queen” stereotype.

I’m certain there are many people living in all sorts of family configurations who would love help from policymakers in striking the balance Cass alludes to. Perhaps he even addresses these folks somewhere in his book? But alas, although Cass’ central argument – that there are some pursuits more important for policy to support than market productivity – is a critical, well-taken one, it seems from his article that this principle is applied mostly in service of supporting one specific type of family.

All our families deserve the chance to build lives that align with their priorities and values.

I Am An Excellent Father
On Becoming A Solo Mom
Q&A With Mia Birdsong, Author Of ‘How We Show Up: Reclaiming Family, Friendship And Community’
On Being The Only Child Of Two Only Children
view more