This report is the first of its kind to examine the racial disparities in news and media opinion coverage of families. 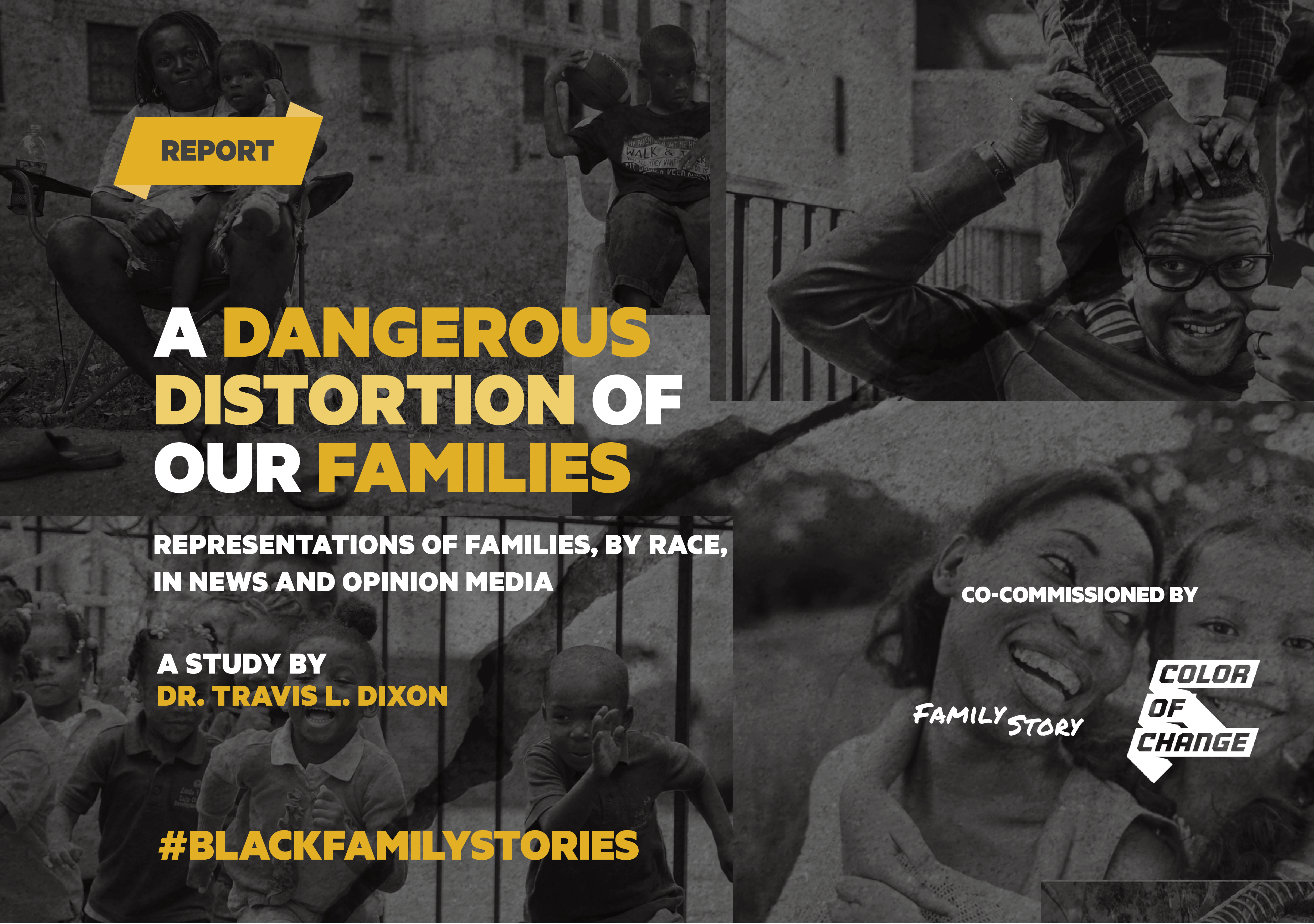 Color Of Change, the nation’s largest online racial justice organization, and Family Story, an organization dedicated to elevating stories of diverse families, have released a new report examining the news media’s systemic and harmful misrepresentation of Black families during the last election cycle.

Top findings from the report include:

“News and opinion media continue to reinforce the unfounded and unfair idea that Black families are sources of personal, cultural and societal instability and that they are responsible for poverty, welfare and crime, rather than those who shape the economic and social environment families live in” said Nicole Rodgers, Founder and Executive Director of Family Story.

In the report, Color Of Change and Family Story also lay out recommendations for how media outlets can begin addressing their inaccurate and harmful portrayals of Black families:

Color Of Change and Family Story co-commissioned “Dangerous Distortion,” a report from Travis Dixon, Professor of Communication and the Communication Alumni Professorial Scholar at University of Illinois at Urbana-Champaign.”

“This study represents one of the first content analyses to systematically examine the link between family depictions and stereotypical framing in the context of news programming,” noted Dixon. “I am so appreciative to have had the opportunity to work with Family Story and Color Of Change to undertake such an expansive examination of family portrayals in news and opinion programming. The study has practical and theoretical implications that will be of interests to journalists, social justice activists, and scholars.”

This report is the first of its kind to examine the racial disparities in news and media opinion coverage of families.