When The Man Takes His Wife’s Last Name

A study found that only three percent of men change their names upon marriage. Why? And who are they?
Christine M. Estel
Uncategorized 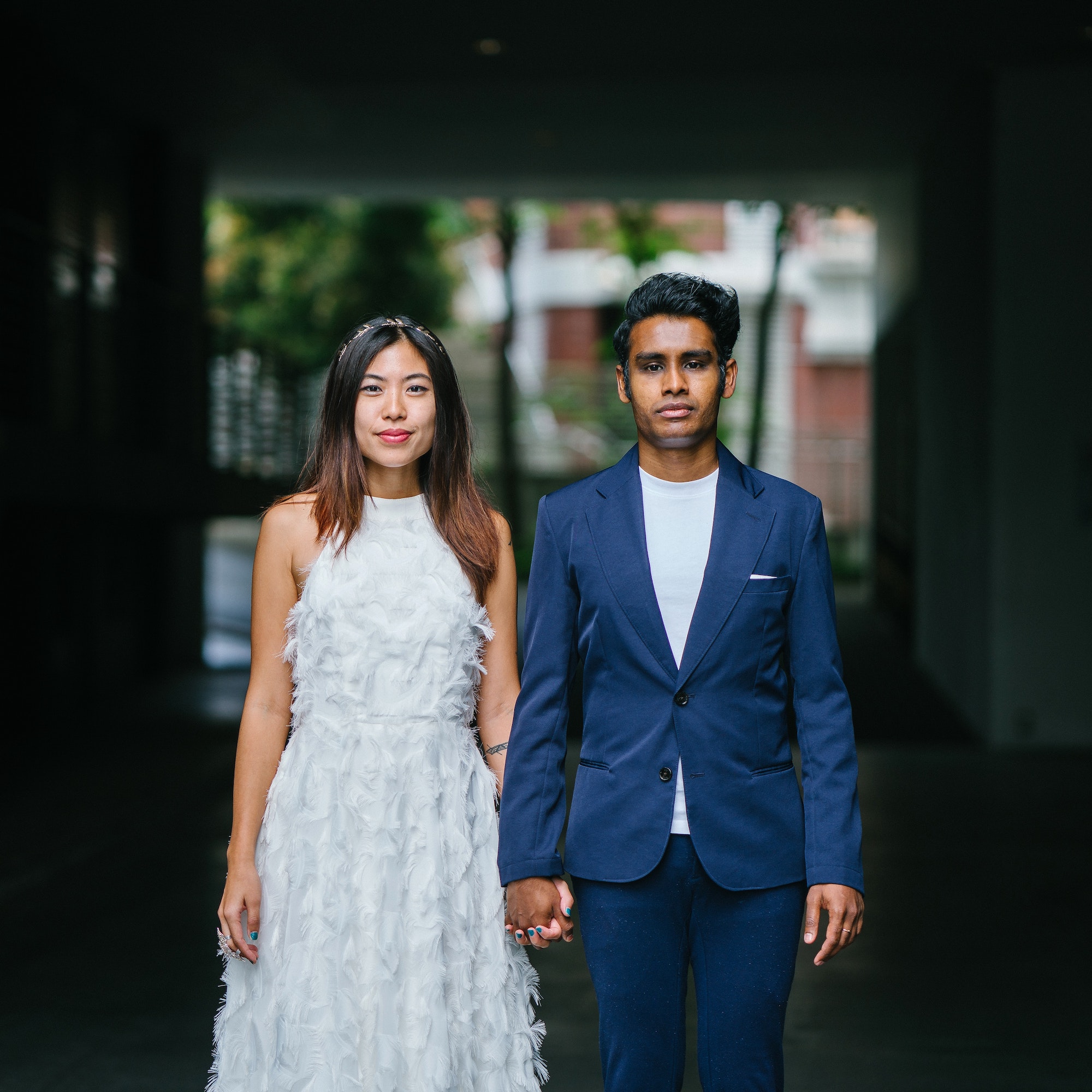 “Will you take your husband’s last name?”

This is the patriarchal question heterosexual brides-to-be are often asked, as if their pre-marital identities should promptly cease to exist once they say “I do.”

It’s an antiquated expectation that the bride will make herself an extension of her husband and his lineage, yet around 70% of American women still do it, including me.

Initially, I retained my maiden name for professional reasons, but more than two years into my marriage and just one month shy of my 30th birthday, I legally took my husband’s name. I considered myself lucky that no one had asked me the question or put unnecessary pressure on me one way or another, but I was prepared for it.

Men don’t have to prepare themselves for such questions.

In myriad ways, men are immune to invasions of private matters and gendered expectations. Most men, including the majority I know, wouldn’t consider being so “insulted” as to submit themselves to the very demands they place upon women, including changing their own surnames to their wives’ surnames once they got married.

In fact, Brian Powell, professor of family and gender at Indiana University Bloomington, tells Caroline Kitchener in her 2018 story for The Atlantic, “In America today, many men […] worry they’ll be seen as less of a man” should they adopt their wives’ names.

Nonetheless, there are men bucking tradition, thereby challenging the patriarchy by establishing equity in the marriage from the beginning. A 2018 study, co-authored by Brian Powell (named above) and published by the Journal of Family Issues found that only three percent of men change their names upon marriage.

More specifically, of the husbands who opted for a name change, all took their wives’ surnames, except for two who opted for a hyphenation. That same study suggests that men with an equivalent amount of education as their wives were more likely to change their names.

The history of last names is rich and varied, depending on the location and culture. Even the term “last name” varies by location, where some cultures use “family name” and others “surname” (used interchangeably in America).

On the flip side, in other parts of the world, there are communities where women are at the helm of a society. According to Julien Bouissou for The Guardian, the Khasi people of north-eastern India are a matrilineal society, which is more nuanced than and, therefore, unequal to a matriarchal society.

Their social structure places respect and honor with the women and heavy work and responsibility with the men. This is not so different from patriarchal societies but the biggest differences are that “many [Khasi women] are happy to stay single,” but when they do marry, “the children take their mother’s surname, and once married, men live in their mother-in-law’s home.”

That dynamic is far removed from the steadfast American situation in which the couple must choose where their affiliation lies, with the understanding that women should be the primary caretakers and follow gender norms, according to Emily Fitzgibbons Shafer, as quoted in “Who Are the Men Taking Their Wives’ Last Names?” But maybe this move for men to change their names is just handing over symbolic power to the women in their lives.

In the case of Steve (né Kim) Cooper, resident of Chester County, Penn., changing his surname upon his marriage in 2015 challenged two cultures’ longstanding marital traditions.

First, this decision strained his familial relationships when he relinquished his ties to a centuries-long bongwan (Korean for “clan”). He said, “My love for Kristine and my new son outweighed any negative impacts of my decision. It was worth it.”

Secondly, by taking an egalitarian approach to American marriage, Mr. Cooper took one small step toward breaking Western-patriarchal tradition in terms of name changes, yet their marriage has since operated in traditional ways (i.e., he is the main source of household income and she handles the majority of the housework and child-rearing).

Even when the intention is to create unity and equality between the two partners, a man changing his surname can pose professional and cultural repercussions.

Dorie Clark says in her 2014 Harvard Business Review article, “The issues aren’t just logistical; there are also serious branding implications,” especially for women or, in many cases, men, who are well-established professionally.

And between the two partners, the one who has more to lose — potential promotions, salary increases, clients, and so on — is unlikely to make the switch.

Additionally, if a man changes his surname, and the couple subsequently decides to assign their children the mother’s surname as well, the direct connection (i.e., the name) is lost.

Not all has to be lost, though. For instance, the Coopers remain connected to Korean culture through cooking Korean foods at home and practicing Tae Kwon Do.

The decision to change one’s last name is deeply personal, no matter who does it. However, when a man changes his name, his decision indicates he’s unconcerned with the public perception of his “weakness.”

His decision tells society he’s not too proud to take a backseat to his wife’s established professional life, her lineage, her.

If more heterosexual men take their wives’ surnames, the stigma, or even the fear, of appearing weak would dissipate. In addition, that growth could also streamline procedures for same-sex couples where the conventions of marriage do not always apply as it is.

A man’s decision to change his last name is certainly not going to undue hundreds of years of patriarchal traditions, especially in America where white, cis, heterosexual norms still reign.

But if our new Second Gentleman of the United States can take a backseat to our Madam Vice President, a few more men could probably stand to change their last names when they get married and take one thing off their new wives’ to-do lists.