Why I Talk About My Abortion

I know it’s a long shot, but maybe I can help change someone’s mind, to help someone see that this is personal, not political. And it could affect your sister, your neighbor, or your daughter, at any time. This isn’t about politics. It’s about compassion.
Jacqui Morton
Uncategorized 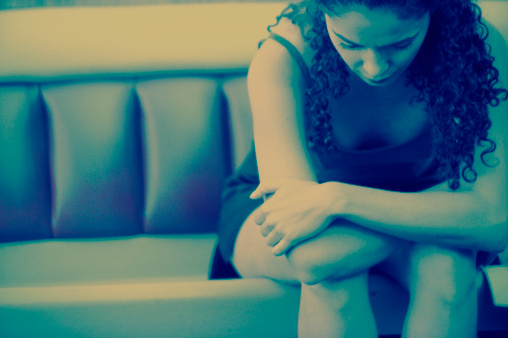 Earlier this week, my therapist noted that it has been three years since we first met.

Her name was on a small strip of paper given to me by the midwife’s office, with a list of about 10 names. The slip of paper was between a third and a quarter of a sheet. I wondered how often they printed it, whether they used a paper cutter or whether the distribution was less frequent, perfect for scissors.

I wondered if the names on the list were gathered with care?

There were asterisks next to the ones that, in addition to providing talk therapy, could also prescribe medications. I knew the pain I had needed medication, and after doing some research, chose the one therapist that had published a book. I’m not sure I’ll be able to afford to see her much longer, but that’s another story. She’s been amazing. She has helped me process the loss of a baby.

But I knew that something was wrong from the start. It was hard to tell close friends and family, but I was trying to wish away the feeling of dread, a knot in my stomach that told me something was wrong. Call it intuition, maybe.

An initial ultrasound at my first prenatal visit, at eight weeks, confirmed the pregnancy was viable. Because I would soon turn 35, the midwife suggested we consider an early screening for chromosomal abnormalities, which would consist of an ultrasound and blood work.

We had the ultrasound at the hospital where we planned to have the baby. As I put my head back on the shiny white paper, my stomach flipped. The technician barely spoke as she moved the cold gel across my belly. Then, she handed me a little print out and went to get the doctor. He was kind and compassionate and suggested we speak to the genetic counselor; suggested we might want to have diagnostic testing that day.

The genetic counselor was Jennifer. She spent hours with us, explaining the chromosomal possibilities and the information she had, which was that—given my age and the large abnormalities seen on the ultrasound—we had a one in three chance of learning that our baby had a chromosomal defect. We had the CVS testing that day.

I spent the next 48 hours wailing and praying for a miscarriage. What I got was a call that my baby had Trisomy 18, likely wouldn’t make it to term, and if she were to be born, she would most likely not have a first birthday.

I wanted to try to have that baby, to hold her and say goodbye. But how would I explain to my toddler that the baby growing in mama’s belly would be born dying? What would our life be like if, by some very small chance, she lived beyond a year? We wouldn’t have been able to afford her medical care. I wouldn’t have been able to be a mother to my son if I had a daughter who couldn’t live independently. I couldn’t introduce her to a life of suffering. I couldn’t handle giving birth knowing I may soon bury my baby.

I knew that to be her mother, I had to let go.

I had never planned to have an abortion. But I did, and while this will always feel like a loss, I will always know I made the right choice for myself, for my family, and for that baby.

I know lots of people would rather I didn’t talk about my abortion, because they’re not sure how to respond or they are just uncomfortable with the terminology.

But I talk about it because I have to. Because perhaps if I do, I might help someone else feel less alone, or maybe I can make space for someone else to share her story. I know it’s a long shot, but maybe I can help change someone’s mind, to help someone see that this is personal, not political. And it could affect your sister, your neighbor, or your daughter, at any time. This isn’t about politics. It’s about compassion.

Caring for a woman through an abortion experience, and supporting her through the range of reproductive experiences, is good maternal health. Whether the healthcare industry realizes this or not is another story. Whether someone has an abortion because she simply could not or did not want to have a child, or whether a woman has said goodbye to a wanted pregnancy, it is part of her body.

We don’t want to talk about the sadness that often comes with motherhood in general, never mind things like miscarriage, infertility, or the death of a newborn or infant. We ask women to give birth to stillborn babies and then expect them not to talk about it. We certainly don’t want to say the word abortion.

But we could. We could talk about grief. It seems like maybe if we did, if we do, we could support each other in amazing ways. We can be the village we talk about. We could even support fathers differently.

Recently, I participated in the 1 in 3 campaign’s Abortion Speakout. I was really nervous and for days, every time I sat at my computer and saw the little spot where the camera is, my stomach flipped. Writing is one thing. The anxiety of speaking into a camera almost made me bail.

I kept asking myself, Why? Why will I do this? In the end, I had lots of reasons.

Because just imagine if we could change enough minds. Enough minds to where someone who has experienced abortion as loss doesn’t receive a phone call from an automated voice on election day asking whether she is pro-life or pro-choice, and hanging up after she responds. If our politicians weren’t controlling our bodies. Imagine if we trusted women to take care of their families and left them alone to do it.

We are sadly often reminded of those who cannot speak out—I talk about it for the woman who cries through church, the dad who will always wonder, but never tells his buddies, and the woman on the playground or at my son’s school. For the grandfather whose daughter told him her baby wouldn’t make it.

And above all, I speak out because one person without access to safe, affordable, and compassionate abortion care, immediately and for any reason, is too many. I talk about it because if I had a daughter and she chose to have an abortion, I would want this for her, without question.

We’re Looking For Submissions About How You Are Coping With The Coronavirus Quarantine
Step-Parents Need A Tribe, Too
Q&A With Keturah Kendrick, Author Of ‘No Thanks: Black, Female, And Living In The Martyr-Free Zone’
Q&A With George M. Johnson, Author Of ‘All Boys Aren’t Blue’
view more