She still comes over and tries to stay for as long as possible. I still have to remind her to leave. It's a work in progress, and maybe it always will be.
Anonymous
Uncategorized 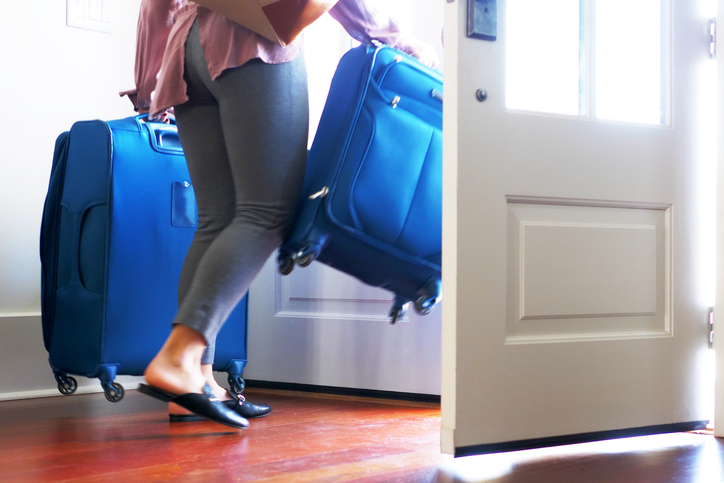 I never spent much time worrying about parenting adult children. In the early years, I was too busy navigating the complex demands of newborns and toddlers to try to imagine what life might be like when they grew up. As they got older, I began to see adulthood as a beacon of success. Getting there together, I imagined, was the end game.

Now that three of my children have reached adulthood, I’ve realized that parenting doesn’t end when they reach 18. It’s as varied now as it was when they were preschoolers, but it’s just as demanding as ever. The demands have simply shifted from physical care to emotional support.

But providing emotional support to my adult kids doesn’t look like what I imagined. It’s uncomfortable and demanding, and it makes me question myself and my approaches in that old familiar way. It’s a daily, sometimes hourly, exercise in setting boundaries — and enforcing them.

My oldest son lulled me into a false sense of security. He moved out when he got his first “real” job without any bitterness or acrimony. Now our time together is spent engaging with each other in a positive way, instead of arguing about when he will take out the garbage, and it’s only made our relationship better.

It hasn’t been that simple with my daughter. My daughter had no desire to move out, but she also refused to help out around the house. She screamed and called me names on a regular basis, and when she lost her temper, she threw things and even punched holes in the wall. Living with her took a toll on everyone in the household, and no amount of therapy or interventions seemed to make a difference.

She told me she hated me, but she also made it clear it was my job to support her. I am a bad parent, according to her, and she used that as leverage to try to force me to do what she wants. I don’t give in to her manipulation or her demands, but there’s no amount of boundary-setting or firm parenting that makes a difference in her behavior. She’s like a tornado, tearing apart everything in her wake.

She’s not wrong. I was a single parent for most of her life, and I’ve made plenty of bad decisions and been spread too thin to be the type of parent she deserved. I was raised by a mother who never took responsibility for her own mistakes, so it’s been important to me to parent differently. I admit when I am wrong, even to my kids. Especially to my kids.

But my daughter uses that frankness as a weapon. And it would be easy to let it devastate me, or allow her to convince me that it’s my job to take care of her, no matter how she treats me. That’s a lesson I learned well in childhood, and I’ve had to battle my internal voice to choose a different path. But one thing parenting adults has taught me is that sometimes we have to love our kids in a way that makes us uncomfortable.

My daughter isn’t a child anymore. She insists that I treat her like an adult, while begging me to coddle her like a baby. If I gave in to her demands, I wouldn’t be doing either of us any favors. So I gave her an ultimatum: one year to change her behavior or she would need to move out. One year to stop screaming and name-calling, and start contributing to the household.

As her deadline loomed, she damaged my car to the tune of $5,000. When I confronted her and told her she’d need to pay for the damage, she put all of her things out her window and left. She couch-hopped until she ran out of places to stay, and then went to live with my ex-husband. At no point did she admit she was wrong or even acknowledge the impact of her actions.

To say I was angry and hurt by her behavior is an understatement. She was also angry and hurt, and insisted the situation was my fault. But eventually, she began to text me. She asked to come and visit. And I let her. But pretty soon, she began to just … stay. She didn’t move back in, exactly, but she didn’t leave. Her behavior improved, and I could tell she was trying, but I also knew it was important for her to learn from this situation.

I could’ve confronted her or let it slide, but I didn’t do either one. Confronting her has never worked before. And ignoring the situation wasn’t a healthy option, either. So I added her back to our family management app. I gave her chores. And almost immediately, the same behaviors began to arise. She was cheerful enough while laying on my couch watching TV all day, but she wasn’t willing to do the dishes without an argument.

So I asked her to leave. Again.

But this time, it was easier. Since she didn’t go out a window, I was able to emphasize that I love her, but living together doesn’t work. I had the chance to lay out ground rules for what a “visit” looks like (hint: it doesn’t last a month). She was upset, but we parted on positive terms. There was no period of bitter estrangement. It was a difficult situation that was managed as well as possible.

Frankly, it was a revelation.

I’d like to say that it’s been all rainbows and roses ever since, but I’ve had to continue reinforcing those boundaries. She still comes over and tries to stay for as long as possible. I still have to remind her to leave. It’s a work in progress, and maybe it always will be.

But it’s been a success for me. I’ve always struggled to create and enforce healthy boundaries. As a single mother, it’s been tempting to take on every challenge my kids face, and I’ve had to remind myself frequently that these are their challenges to tackle, not mine. And, I’ve had to find the courage to forgive myself, even while I own my role in their challenges.

It hasn’t been easy. But we’re on a path that feels right, and sometimes that’s the best you can hope for as a parent.