This is what happens when women converse with each other after years of silence and suppression: We identify with each other, we learn we aren’t unreasonable, and we take comfort in one another and in our shared experiences.
Hattie Hart
Uncategorized 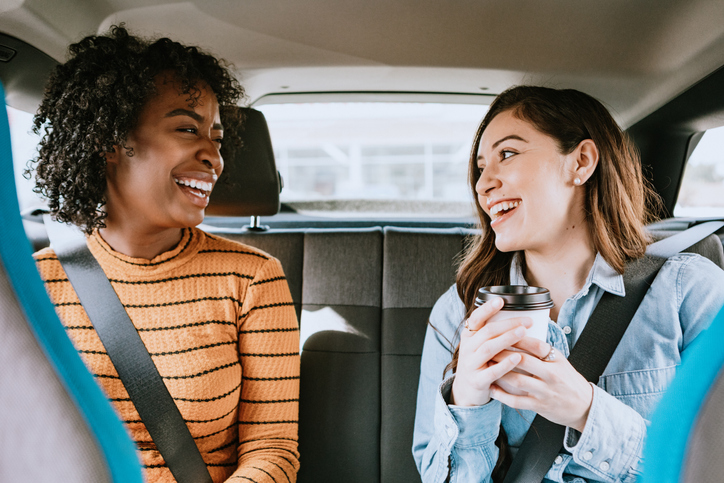 My uterus is flawed.

With the lack of medical clarity around what exactly is wrong with my reproductive cycle, we’ll just call it flawed, through no fault of its own.

But it is because of these flaws that I was undergoing an ultrasound recently and afterward decided to visit the office where my mother works. While I was there, I walked around the corner to talk to one of her coworkers, a lovely woman, who is a mutual friend. We were discussing the issues I was having, and it was a stunning and welcome surprise to hear her say, “You know, my husband and I couldn’t have kids because when we were trying, we discovered that my narrow cervix was preventing conception, coupled with his low sperm count. So we never had them, and I’m thankful that I didn’t have kids.”

I’m thankful that I didn’t have kids.

I was astounded and riveted in my place in the doorway.

Never in my life has anyone, certainly never another woman, ever said those words in front of me, or even in any way indirectly. A factor that added to my shock was our location, a predominantly conservative neighborhood in central Oklahoma. My friend is in her 50s and was raised with a religious upbringing that, in this state, does not exactly encourage a woman’s reproductive freedom. Even in considerably liberal and open venues, women rarely make such pronouncements.

We talked about how issues with my reproductive cycle made me realize that I definitively don’t want children, and how I will be happier doing other things and being just as, if not more, personally satisfied. We talked about how she never felt maternal or nurturing when she was younger, and about how that is perfectly acceptable; women aren’t exclusively mothers, and we shouldn’t be treated as if motherhood is our sole purpose.

“When you don’t have kids, it makes you much more flexible for other pursuits, to dedicate valuable time to a meaningful impact in other areas of life, to have different and broader opportunities,” she said. “And with the years of youth counseling at our church, I’ve helped to raise hundreds of children.”

When I mentioned that I’ve always wanted to experience being pregnant, but not to actually have a child, she appeared thoroughly delighted, exclaiming, “You know, I haven’t thought about that in years, but that’s exactly how I used to feel about it. I always wanted to have the experience of nurturing this baby with my body, but I didn’t want the dependency that followed.”

This is what happens when women converse with each other after years of silence and suppression: We identify with each other, we learn we aren’t unreasonable, and we take comfort in one another and in our shared experiences.

Later, I talked to my mother about the effect the conversation had on me. She hesitated, with a smile on her face, before saying that our friend came into her office after I left and told my mother about how she and I had the best conversation. And apparently she proceeded to tell my mother a whole host of complimentary things about the talk and its effect on her outlook and mood. The exchange was mutually beneficial and comforting; it shouldn’t be so rare that women experience this sort of connection with each other.

As Ann Friedman and Aminatou Sow have coined it, and as Friedman wrote in a piece for Slate in 2013, “Shine Theory” is the befriending of successful, proactive, and kind women, and by virtue of your proximity, her shine will become your shine. In principle, women uplift one another.

But women don’t just need to befriend one another; we need to really talk to each other.

While we have our regular group of female friends and acquaintances that we socialize and discuss different aspects of our current lives with, women still don’t make it a habit to talk about those things we’ve historically been conditioned to hide. And this is why it was such a revelation to hear another woman declare her happiness at being childfree. She wasn’t supposed to say that; she wasn’t supposed to reveal childfreeness as a viable and fulfilling option for women.

How many more young women like me would learn that their preferences, future plans, choices, and concerns are actually valid? How much knowledge is currently being wasted as older women aren’t provided a means of sharing their experiences with those who can identify with them?

It is in the patriarchy’s best interest that women remain silent. As long as women don’t organize and discuss our experiences, we remain uninformed about the universality of the issues we face.

When we listen to other women, when we ask questions about forbidden matters, when we resolve to open ourselves, and refuse to be ashamed of demanding proper knowledge of our bodies, our histories, and our capabilities, we learn from each other.

I learned that a woman without children can still be perfectly happy.

This originally appeared on Role Reboot. Shared with permission.