Does Your Blended Family Look Like The Brady Bunch? Mine Doesn’t Either.

As a family, we are a case study of challenges met with a stubborn kind of perseverance.
Tricia Haefeli
Uncategorized 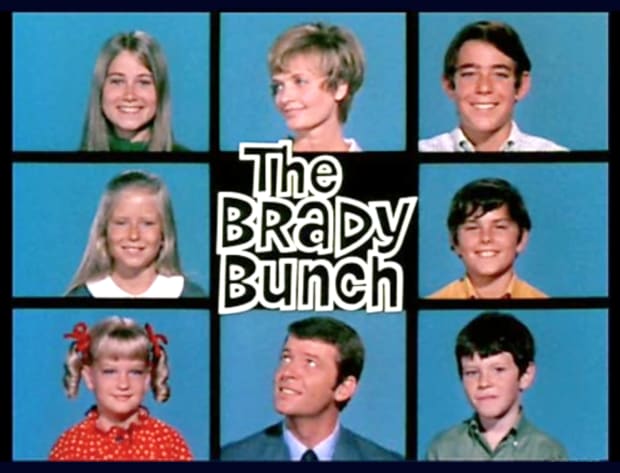 My husband likes to tell people that ours is a “his, hers, and ours” family. When he does, someone inevitably gushes, “Oh! Like the Brady Bunch!”

A friend who knows us better overheard this exact exchange once. Without lifting her eyes from the newspaper in front of her, she grunted, “More like the Osbornes.”

She was right of course. It’s a messy world here in the land of the “Five H’s,” as we used to call our patchwork of kids, and yet, recent events have given me cause to reflect more deeply about this complicated and quirky family that is the epicenter of my existence, and how far we have come.

In all fairness, my husband’s description is accurate. When we got together, he had three children from his first marriage, I had one, and later, we had one together. It is not irrelevant to say that all of these children are girls. It is not irrelevant to point out that when we married, our kids’ ages ranged from 4 to 10, and that every single one of them was fighting to stake out their territory.

Did I mention that we’ve never had fewer than two dogs at one time, and that sometimes, there were as many as four? We didn’t have “girly” girls either. Our girls were the skateboarding, soccer/softball/basketball playing, as soon as it snowed, “let’s make a jump out of the deck steps and snowboard,” kind of gals. Get the picture?

And of course, though we were loath to admit it at times, they were children of divorce. At this point in my life, I don’t care what anyone says (and I will certainly catch hell for this), the fact is, there are very few positives about divorce for kids. No matter what the situation was before, once it’s gone they feel the loss, the sense that the earth is no longer solid beneath their feet.

So, it’s really no surprise that when I remarried, I had hoped to seal the fault lines caused by divorce and create a bedrock of future security for all of our children. It’s probably also no surprise that for years, our girls struggled against the mantle of molten rock that simmered beneath their disappointments, and predictably, against one another. My husband and I were both ferociously devoted to our kids, and yet we sort of ridiculously underestimated just how hard it was going to be to merge these lives of ours into something that could be termed a “family.”

But Lord, how we tried! And cried. And fought. Then exhausted, we’d regroup, strategize, and rebuild. We read books about “blended families,” and “combined families,” step-parenting and child psychology. We tried separating them, singling them out for one-on-one time, and then forced togetherness in the form of “family meetings” where most of the open “sharing” was communicated with scorching glares that shimmered like seismic waves across the dinner table, needing no verbal translation.

The best advice I got during this time came from a friend who stubbornly refused to indulge me in my complaints. I would call her, often in tears, vent my frustration, and then ask her what to do. Over and over she said simply, “It’s going to take time, and a lot of love. You respond to all of it with love. That’s all.”

Yeah. And in case of an earthquake, you drop, cover, and hold on.

When did the tension recede? I wish I could tell you. Time is a funny thing. For all the times I wished and wondered if it would ever happen, when it finally did, it was crazily anticlimactic. If there was an exact moment when it shifted, I missed it. The earth did not move the way I would have predicted, and I doubt that any particular event preceded it. It seems more likely that it occurred so slowly, so gradually; that the concentric rings of our children’s radiating hostility attenuated, and then dissipated completely.

What I do know is that seemingly overnight, the sullen silences gave way to sudden bursts of laughter. I came downstairs early one Saturday morning and on tiptoe, followed the voices I heard coming from the basement. Halfway down the steps I paused, closed my eyes and smiled as I listened to their giggles muffled by the comforter they were cuddled up beneath as they played video games together.

Confidences were shared and secrets protected. A fierce loyalty replaced accusing eyes and if someone was foolish enough to talk “smack” about one of them at school, they’d have all of the others to contend with. At one point, they seemed to have bonded over a collective eye roll whenever my husband or I spoke. Ah! I thought. This is good! “Us” against “them” became “them” against “us”! This felt like a very good sign indeed. This was as it should be.

Strangely enough, the day they sat around the family room doubled over with laughter, calling each another names, and teasing each other mercilessly, I knew we had arrived. Where once they had Do Not Enter signs on the doors to their rooms, now we can’t get them out of each other’s rooms. They have stockpiled memories that they pull out and revisit like cherished heirlooms. They stick up for each other, and when necessary, they set each other straight. They can argue and know they will make up. They can fight over clothes, and food, and who left the hair in the drain because they are better than friends, they are sisters.

When the oldest ones went off to college, they cried and held each other tight. And when one of them was in need, one by one they made their way home and rallied around her like, well, sisters. The love grows exponentially with each moment shared.

As a family, we are a case study of challenges met with a stubborn kind of perseverance. At times it has certainly seemed as though against all odds, we have endured. The Brady Bunch, we are not. Norman Rockwell? Not so much. But as part of a demographic that boasts a 60% divorce rate (for second marriages with children), in many ways, we’ve thrived. So far, anyway, we seem to have built something here that has remained intact in spite of the cracks and fissures in our history.

Lately, it occurs to me that maybe the most significant proof of this is this magnificent gaggle of girls we have who, given enough time and with enough love grew to become best friends who no longer use the word “step” before “sister.” They have given me more than I can ever repay, have enriched my life in a thousand ways big and small. From them, I have learned so much. In many ways, they have raised me. I’ve benefitted from their warmth and humor, their vulnerability and their strength. I am grateful for their unwavering loyalty. For the family they first resisted, and then embraced so willingly.

Time and love. Who knew such a simple formula could yield such rich rewards? Oh, and don’t forget to drop, cover, and when all else fails, hold on tight.