Grandparenting During COVID-19: I Gave Up My Social Life For My Family And I Have Zero Regrets

Sure, I missed my social life at the gym, but nothing could replace the joy of sticky kisses from my grandchildren or the feel of their small hands in mine.
Marcia Kester Doyle
Uncategorized 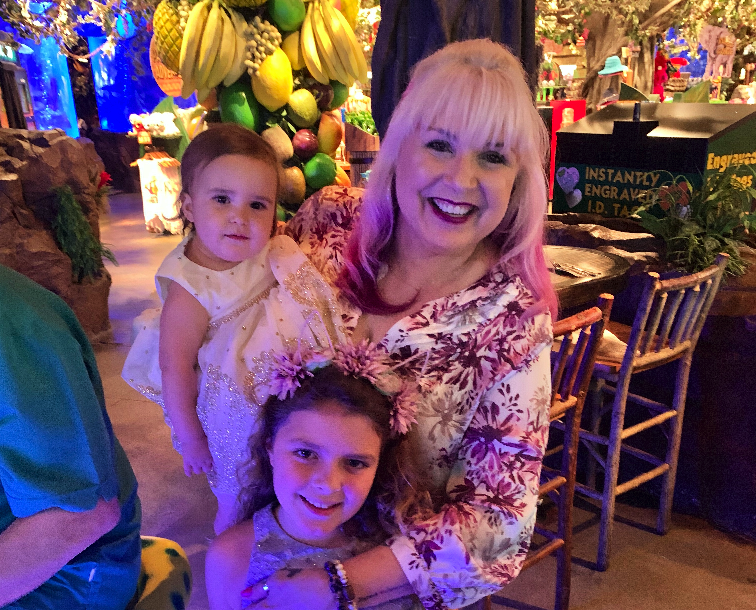 When the world shut down in March, my husband and I adhered strictly to the stay-at-home orders and, like many families, spent months without seeing our loved ones.

I missed hugging my granddaughters, braiding their hair, singing lullabies, and dancing barefoot with them on the kitchen floor. Although they only lived 10 minutes from my house, our communication had been reduced to daily video chats. We didn’t dare risk infecting one another when every sniffle or cough was cause for alarm. Like so many other grandparents across the globe, we longed for the day when restrictions would be lifted to finally be reunited with our family.

During our imposed separation, I discovered creative ways to stay connected with my grandchildren through technology. We shared virtual playdates, virtual meals, and the books that I read to them via FaceTime as part of their bedtime routine. It was nice, but our electronic gatherings could not replace the sense of being physically together. I missed the weekend pool parties and outdoor BBQs my daughter regularly hosted at her house. Before the pandemic, knowing that I’d see my granddaughters at the end of each week gave me something to look forward to. Once we were forced into isolation, the days stretched ahead in an endless loop of mundane tasks without the sweet reward of playing hide-and-seek in the backyard or tucking my grandchildren in at night with kisses on their cheeks. It was the little things I’d once taken for granted that became the big things I feared losing most if anyone in my family were to contract COVID-19.

As the weeks of isolation continued, my 8-year-old granddaughter regularly engaged with me on FaceTime, but the 18-month-old started losing interest. I was just a face on a computer screen to her, and I worried that she would forget that I was her Nonni. To remedy this, my daughter cautiously suggested a driveway visit. I jumped at the chance to see my grandbabies, even if it was at a distance. The day they came over, we wore masks the entire time and remained 10 feet apart as the children played in the front yard. I noticed that my youngest granddaughter had grown taller, more agile, and was already speaking in short sentences — reminding me of the milestones I was missing out on during our separation.

At the end of May, when much of the country started lifting restrictions, I was overjoyed at the prospect of spending “Nonni time” with my granddaughters. The family pool parties and BBQs resumed, and the threat of COVID-19 seemed far behind. Even though it took two weeks for my youngest granddaughter to warm up to me again, none of that mattered once I held her in my arms.

Despite our state’s reopening phase, I continued to avoid the restaurants and shops I once frequented, deciding that they were not essential, but the gym was a different story. Attending Zumba classes three times a week was my only form of socialization outside of family visits, and it felt incredibly freeing to be able to dance and laugh again with my friends.

Weeks later, the numbers in my hometown began to spike again to dangerous levels, and there was talk of another county-wide shutdown. When my daughter found out that I was still attending Zumba classes, she expressed her fears of COVID exposure and asked me to skip the gym if I wanted to continue seeing the family. At first, I was upset that she was forcing me to make a choice. I needed the workouts for my physical health and the camaraderie of friends for my mental well-being, but the thought of not seeing my family was far more painful.

I agreed to give up the gym and went back into quarantine for two more weeks. During my self-imposed isolation, depression escalated as I scrolled past photos on social media of friends huddled together at restaurants, at the gym, or sipping drinks at the local sports bars. My loneliness was magnified by long days alone in front of a computer screen while the rest of the world moved on with their social lives. I envied their freedom and longed to be back in public, but every time my daughter sent a video of my grandchildren laughing and playing together, I knew I’d made the right choice.

When my two weeks passed, I was finally reunited again with my family. It felt sweeter than before with the realization that the pandemic was far from over, and that there were still others who were struggling in isolation. I felt fortunate not to have a compromised immune system like many grandparents who had not seen their families since the outbreak began. Sure, I missed my social life at the gym, but nothing could replace the joy of sticky kisses from my grandchildren or the feel of their small hands in mine.

Until there is a vaccine and the threat of the pandemic is minimal, I’ll continue to skip the gym and stick to doing online workouts. I’m already wearing a hole in my carpet from exercising at home, but sacrificing a few threads is worth being an integral part of the lives of the people who matter most.