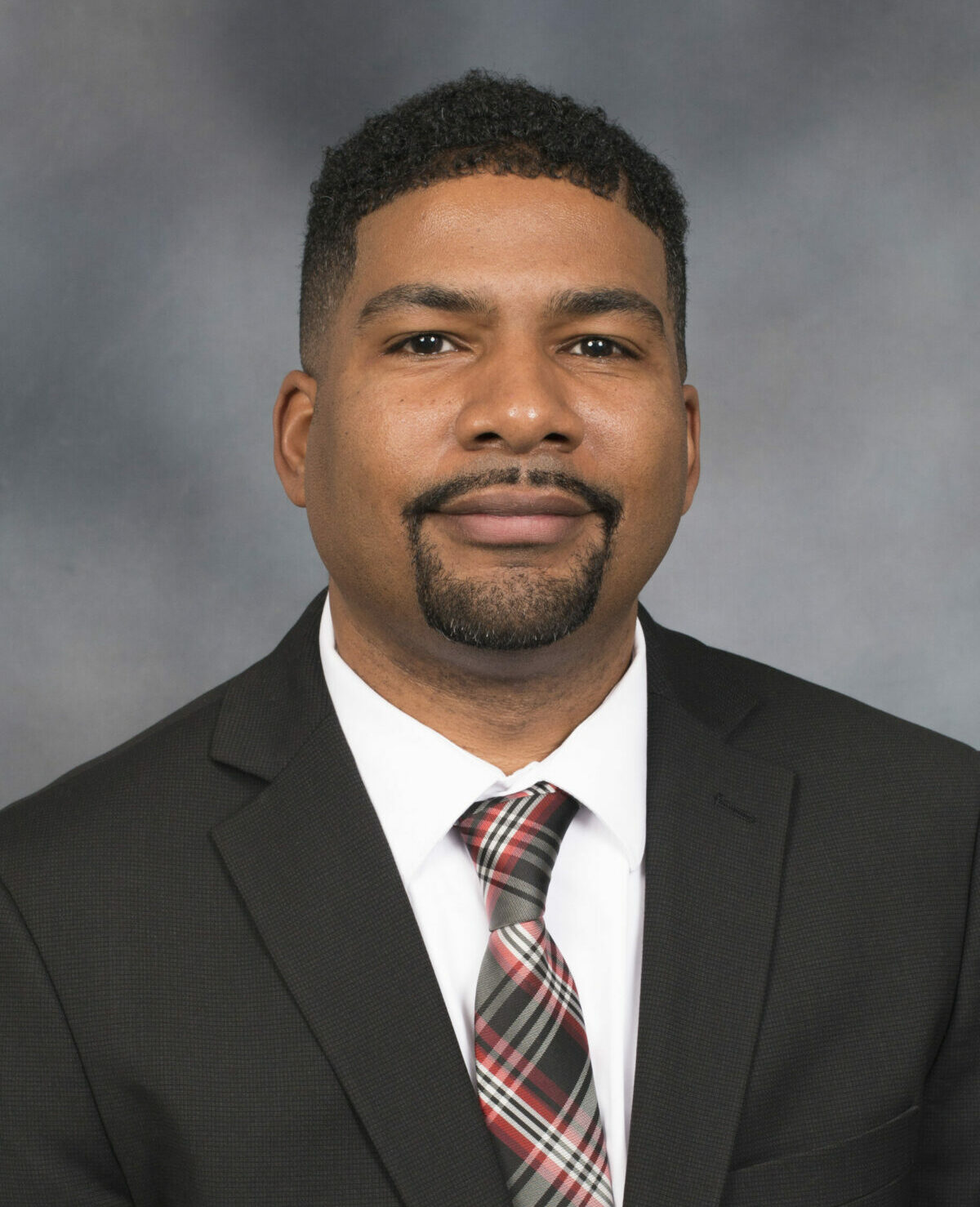 Armon R. Perry holds a Ph.D., a master’s degree in social work, and serves as a professor at the University of Louisville’s Kent School of Social Work. He is a devoted father, a loving husband and a supportive friend. He’s also a Black man, who knows that despite all of his accomplishments, much of society still sees him as a lazy, deadbeat dad, he says.

Drawing not only from his personal experience, but from that of nearly 200 Black men in the United States, Dr. Perry wrote a book that takes a look at Black men, their relationships, and the external factors that influence men’s involvement in the lives of their children and families. Black Love Matters, published in October of 2020, follows a group of men for four years and chronicles the experiences and circumstances that shape their relationships.

Family Story’s Meredith Landry recently spoke to Dr. Perry about the men he followed, what most people get wrong about Black men and their relationships, and what made him feel most hopeful while writing his book. 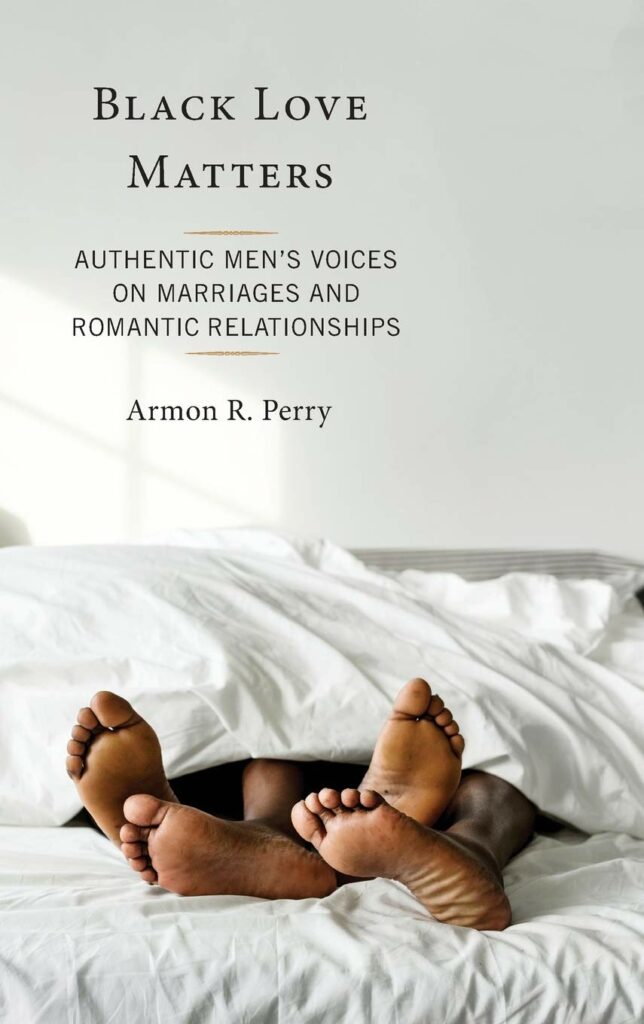 Family Story: Why have you made Black men and their family involvement the focus of your work?

Dr. Perry: There are two main reasons for this, actually. The first is that I’m from Montgomery, Alabama, which was the capital of the confederacy. I grew up watching how poorly the world treats Black men. In high school, I was bussed to a more affluent neighborhood for school. The juxtaposition of my lived experience compared to the kids in that neighborhood was like night and day. I knew from a young age that this wasn’t right — the family you’re born into shouldn’t shape your entire life’s chances. I decided to become a social worker so I could help people.

But after working as a foster care social care worker in Alabama for three years, I’d seen enough. Our job was to separate children from families who couldn’t care for them or didn’t want them, but I eventually discovered  that wasn’t always true. I found myself complicit in a system of oppression that was willfully separating families without doing our due diligence. And we were routinely disenfranchising Black fathers. I felt like I had blood on my hands. So I quit, went to graduate school, and chose to research Black men and fathers.

What do most people misunderstand about Black men and fathers?

If you see a Black man on the news, it’s because he’s done something wrong or someone believes he’s done something wrong. The media reinforces the notion that that’s who we are: We’re all dangerous, criminals, hypersexual, deadbeat dads. We don’t consider them to be good men, how could ever consider them to be good dads? Sadly, much of society isn’t educated enough to distinguish truth from lies, so the narrative continues.

Most people think Black men are incompetent fathers. It happens to me all the time. For instance, I’m the one who gets my son dressed and ready for school every day, yet recently when I dropped him off, his teacher asked me who got him ready every day because he always looks so nice.

Another incident was when a woman ran to me in the middle of a snow storm in a Walmart parking lot while I was putting my son in the car. She was running to ask me if I needed help with my son. She saw a Black man, youthful in appearance, who she believed was not equipped to handle a child. This perceived incompetence is insidious.

The demographic reality is that fewer people are opting to get married these days, so there are more nonmarital births. Unfortunately, most people can’t distinguish between a non-resident father and a non-involved father. There are plenty of Black fathers who may not share a roof with their kids, but they’re very involved. It doesn’t matter, though, the narrative persists. Public policy is driven to reward people who follow a certain social script and demonize those who don’t.

You surveyed 165 Black men and followed 33 of them for four years in order to write this book. What were some of the recurring themes among the men you interviewed?

One theme that continued to pop up was that these guys were interested in achieving a level of intimacy with their partners that is separate and distinct from sex. I would’ve thought those were one and the same.

Another theme centered around trauma. The guys had wrestled with a lot of trauma and it shaped their relationships. While they didn’t necessarily call it “trauma,” there was physical, sexual and emotional abuse in their lives that just became a part of their story.

For instance, through our many discussions, one guy came to the realization that a number of women he was previously involved with and cheated on had a striking resemblance to a babysitter who used to abuse him. We both wondered if that meant he was subconsciously seeking out women like that for retribution.

Some of the men also talked about wishing they’d had more guidance around dating and relationships when they were younger. When they started dating, they just jumped in without any teaching from anyone. They would’ve taken direction from anyone, but ideally their dads. Really, the only lesson they all got was: Don’t get anyone pregnant.

And another major theme was about their identity. Many of the guys felt their masculinity and who they were hinged on their relationship status. So a lot of guys really struggled to define their identity.

What made you most hopeful in the process or researching and writing your book?

I found myself surprised at how open and receptive these men were talking to me about the deepest parts of their lives. I was a complete stranger. Going into it, I even bought into the stereotype of Black men being non-expressive — I was expecting to have to use all my social work skills to pull content out of them. But I got so much, I couldn’t even fit it all in the book.

That made me hopeful. It taught me that these men want to share their stories, it’s just that people aren’t asking. There’s no shortage of content about the perils of Black men, but you rarely see people talking directly to them. I want to see more of that.

Q&A With Diana Adams, Founder & Executive Director of The Chosen Family Law Center
Q&A With Angela Tucker, Founder Of The Adopted Life
On Adoptees And Choosing Your Family
Someone Like Me: 10 Books That Celebrate Black Kids
view more