Dear White Family, Now That You’ve Stepped Up, Will You Stay Up?

I had never had so many people asking for my viewpoint, questioning my own experiences, wondering how they might be an ally. That was in May. Now, six months later, those earnest reflections seem to have died down. Will they fade entirely?
Lisa Marie Simmons
Uncategorized 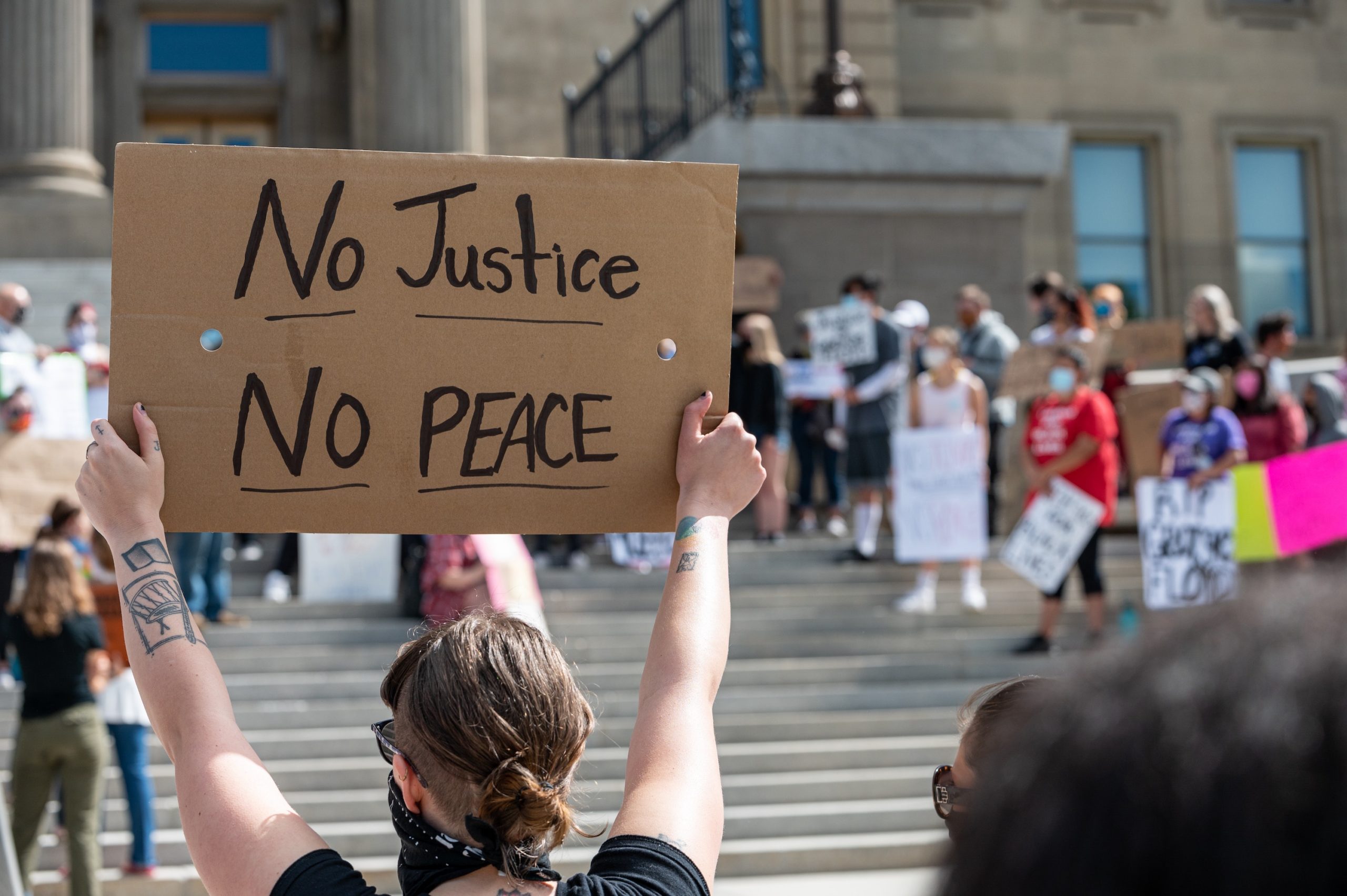 I was adopted late, at 8 years old. As a transracial adoptee and survivor of childhood trauma raised in Boulder, Colorado, I have forged my identity on the idea that blood is not what matters. That the family of our choosing — the family we create — can be just as, if not more, nourishing.

Growing up, the friends that became my family were, because of location, predominantly white. My short, white, bubbly Aunt shares stories about walking around with me — a scrawny, gangly, ashy-kneed kid — in this presumably liberal haven dodging whispers, stares, and outright animosity toward us on every outing.

As a child I often did not have the language to deal with being othered by my classmates. Countless conversations about my hair — if I washed it, how I washed it, if they could touch it, it looks like a Brillo pad or something you’d clean the floor with. My eyelashes — so tiny so curly. My hands — why are your palms white? The color of my lips. My body, an endless source of curiosity. Despite this, I found my people. A few friends who had an artistic side like me, the outcasts, the weird and wonderful.

Leaving Boulder for New York City, I formed the first of several bands and a good band is nothing if not family. Though I felt as if I’d found my tribe, the troubling fact of the matter was I often found myself in the position of “schooling” my white family about their unconscious bias. The conversation was frequently downplayed by my friends and too often I let things slide, because honestly, it’s exhausting being the lone teacher.

Kunlong Von Cousin, an African-American man, was on a run in Boulder this summer when a local white woman spewed racist hatred at him. The attack was so sudden and so startling that he fell to his knees crying in a visceral reaction. This article sparked outrage on the behalf of the citizens as did Kunlong’s original Facebook post. My fellow Boulderites were dumbfounded that such hatred could co-exist with our yoga centers, craft beer, and farmers markets.

His experience brought to mind a time when I had been similarly blindsided. A white Italian man who I considered a friend had a habit of telling racist jokes. I thought him redeemable and I told him, more than once, that though I greatly admired his frequent trips to Africa to help a non-profit build wells, that the bestowing on him of an African name did not allow him a “black card” which he could use to demonstrate that he was one of the gang with the use of racist rhetoric. One evening he had a date who was lamenting the downfall of her neighborhood because of the arrival of people of color and I called her out on it. He sprang to her defense telling me, “Oh it’s so sad that you have such a problem being Black. You can’t take a joke and now this, you are clearly uncomfortable in your skin.” I felt wholly misunderstood by this man I had considered a friend. After walking around the corner, I too fell to my knees in tears with the pain of it.

There is, all across the nation, a great white reckoning in progress and how I welcome it! But how strong are these seedlings of progress and will they take root? I’ve been approached several times by friends astonished to find that my experience as a Black woman in white America differed at all from their experiences, which is confusing to me. The shock expressed at George Floyd’s murder leaves me similarly confounded. It’s been happening forever, systemic racism is deeply embedded in the fabric of our country, how is it possible that only now so many are becoming aware of it? My point is, I’ve spoken to them about racism, these same indignant people were there with me. That white privilege is as profound as it is blinding.

Those 8 minutes and 46 seconds on May 25 in Minneapolis hit white America hard, and like a can of soda, all shook up, out poured all kinds of sweetness. I had never had so many people asking for my viewpoint, questioning my own experiences, wondering how they might be an ally. That was in May. Now six months later those earnest reflections seem to have died down. Will they fade entirely?

The work we need to do as a country and the work I hope that my family embarks on with me is a deeper and sustained reflection on how we can fully support one another. I want my chosen family to see me in my entirety and not through a fractured prism created by the dominant narrative.

How easy it is to say I’ve never been racist, how difficult it seems to confront one’s own implicit bias. Even now, as a great number of my friends are working hard at being woke, I see their struggle to recognize their own racist actions. These are well-meaning people who have unwittingly perpetuated microaggressions: insisting to me that they are colorblind, that they wish they could pull off dreadlocks, who “joke” about how lucky I am that I don’t need to work on my tan, who love my skin color and wish they could be Black.

When I was last in Boulder, as a speaker and performer for the Conference on World Affairs, despite being among enlightened, creative, talented people, there were still plenty of moments of inherent bias. “You’re so articulate!” people exclaimed often. I want to take it as a compliment, but it stings.

I talk about what life is like as a Black woman, and whatever town I’m in folks say, “Yeah but not here, you’ve certainly never experienced racism here!” They can’t hear what I’m saying: It is everywhere. Those blinders are fastened tightly. They may protect people from the uncomfortable truth, but they do not allow for the vision that lasting change requires.

My hope is that this new awakening goes beyond the hashtags and lip service. How do we find a way as a human family to truly hear one another? To truly see one another with open hearts and minds? When will we dig deeply inside our collective psyche, creating that long overdue lasting change? This commitment is imperative to our evolution. Only then can we nurture those seedlings into a full-blown garden.